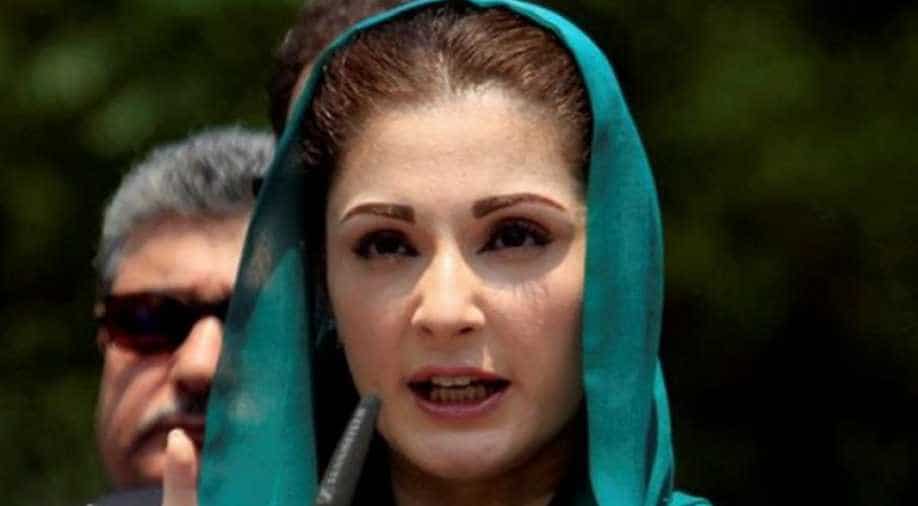 The Vice President of the Pakistan Muslim League-Nawaz (PML-N), Maryam Nawaz criticised Prime Minister Imran Khan, urging voters to ensure that Khan does not return to the post

The Vice President of the Pakistan Muslim League-Nawaz (PML-N), Maryam Nawaz criticised Prime Minister Imran Khan, urging voters to ensure that Khan does not return to the post.

While referring to "selectors", Nawaz said that the country has undergone many ordeals under the leadership of Pakistan Tehreek-e-Insaf (PTI), news agency ANI reported.

"The country has been worn out but my dear selectors, do not do this with Pakistan again...I feel bad when people bad-mouth the selectors because after all, the institution is ours," Nawaz said during an election rally in Wazirabad.

"I say to Wazirabad police and administration... I know that you yourself are frustrated [but] the nation is looking at you; if you instead of serving the country and the people try to serve anyone else, try to steal the vote and make a lost person win, then remember, Imran Khan came once but now at least Punjab will not let him come [to power] again", Nawaz added.

The VP of PML-N, addressing the rally in Urdu added that farmers, labourers, and traders in the country remain frustrated with the Khan-led government and that many workers in the country are unable to afford basic goods.

She also referred to the rising cost of electricity in the country, saying "those financing Imran Khan`s expenses deliberately imported expensive LNG".

"They [government] took loans of Rs 15,000 billion but did not lay a single brick," she added.

Senate elections in the country are set to take place on March 3. The daughter of Pakistan's deposed Prime Minister Nawaz Sharif - Maryam Nawaz on Monday had said that she will not leave the country to join her father in London.

"Even if someone (from the government) comes to my home and offers me to go abroad, I will decline it straight away," she said while talking to reporters on Monday.