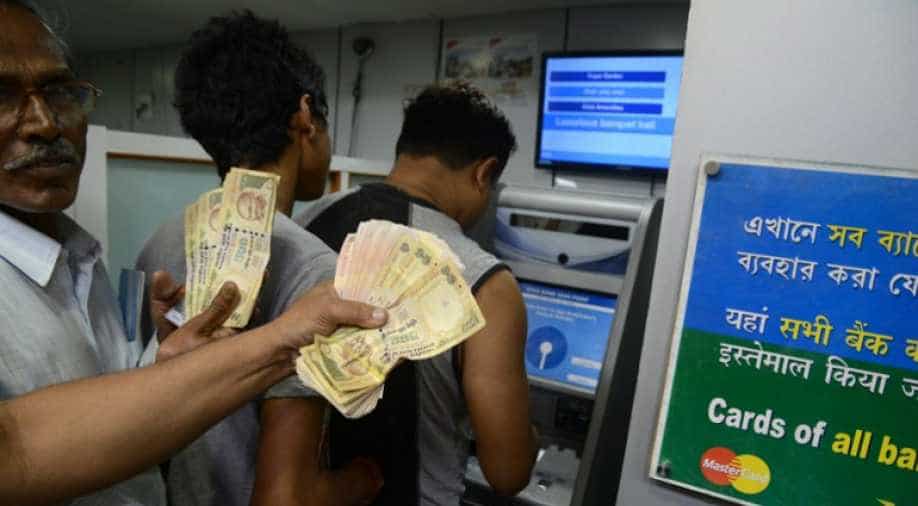 In photo: Indian residents queue to deposit money in a Cash Deposit Kiosk in Siliguri on November 8, 2016. Photograph:( AFP )

Both houses of parliament in India were adjourned today following uproar over demonetisation.

The Rajya Sabha on Friday witnessed multiple adjournments during the first-half of the day, with opposition parties protesting against the government's move.

The opposition also demanded an apology from Prime Minister Modi on the issue, leading to another adjournment of the house.

Minister of state for parliamentary affairs Mukhtar Abbas Naqvi sought an apology from the Congress' Ghulam Nabi Azad for comparing the death of soldiers in the Uri terror attack with those of people standing in queues outside banks and ATMs post demonetisation.

The Rajya Sabha had a day-long debate on the issue on the first day of the on-going winter session of the parliament.

The Lok Sabha has been adjourned till Monday following an uproar between a united opposition and the treasury over the issue.

To try and ease the cash crunch following last week's decision to demonetise 500- and 1,000-rupee notes, the Indian government said Thursday that select petrol pumps would be allowed to dispense up to Rs 2,000 to customers against their debit or credit cards.

To start with, the facility will be available at 2,500 petrol pumps around the country.

"It has been decided that an amount up to Rs 2,000 per day per person in cash can be dispensed against swiping of debit card from select petrol pumps where Point of Sale (PoS) machines of State Bank of India are already available," an official told Indian news agency PTI.

The facility will in time be extended to 20,000 petrol pumps.