Choking in Delhi: Air masks run out of stock as layers of smog envelop Indian capital 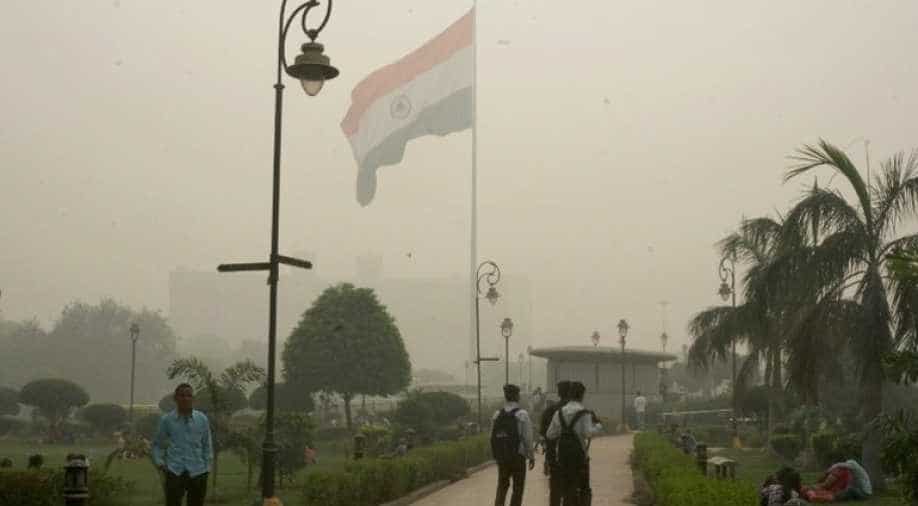 This is Delhi's worst smog in 17 years. The pollution has prompted India?s federal government to call it an 'emergency situation', while New Delhi?s chief minister Arvind Kejriwal has referred to Delhi as a 'gas chamber'. Photograph:( AFP )

Air masks are shooting off Delhi shelves and running out of stock as the Indian capital continues to remain enveloped in layers of grey smog.

Jai Dhar Gupta, owner of Nirvana Being which sells Vogmasks, was quoted as saying by PTI, "The demand is so much that we finish our stocks by mid-day and have to replenish our stocks. We generally stock masks around Diwali every year but this season the demand has multiplied like 10 times."

Sudesh Mehta of Srishti Medicos told PTI that various companies in the city have been placing bulk orders so that they can distribute the masks to their employees, which is why the masks are running out of stock.

This is considered to be Delhi’s worst smog in 17 years.

The pollution has prompted India’s federal government to call it an “emergency situation”, while New Delhi’s chief minister Arvind Kejriwal has referred to Delhi as a "gas chamber".

As would be expected, cases of severe breathlessness and asthma, and allergies have risen sharply in the city.

"The incidences have surely risen and in many ailments, it has doubled almost. Asthma, allergy and other ailments triggered by pollution have increased and it is the elderly who are suffering the most," Dr Suranjit Chatterjee, a consultant at Indraprastha Apollo Hospital, told PTI.

"Earlier, 15-20 per cent pollution-related ailment cases were reported at our hospital. But now these have gone up to 60 per cent,” Dr SP Byotra, senior consultant and chairman of the department of medicine at Sir Ganga Ram Hospital, told PTI.

He added: "The most common problem is related to respiration. But this time we are seeing a rather large number of cases of severe breathlessness, coughing and sneezing and bronchiolitis due to the smog.”

About 17,000 schools remained closed yesterday because of the pollution, some of whom have issued advisories to parents stating that their children should use air masks.