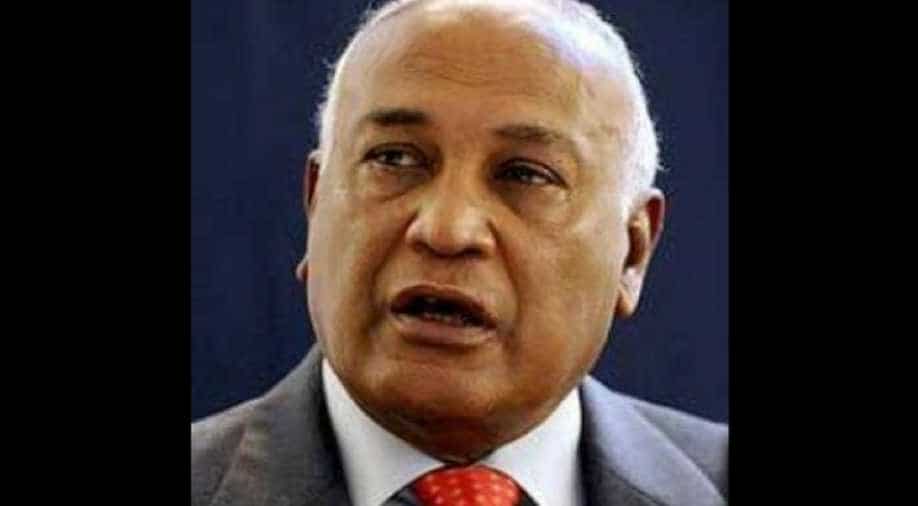 China is meddling in the internal affairs of the Maldives and engaged in massive land grabbing, posing a major security threat to India and the entire Indian Ocean region, a former Maldivian foreign minister and Opposition leader had said.

Ahmed Naseem, who is in the US to brief Trump administration officials on the political turmoil in the Maldives and China's alleged interference in the island nation, said his country is now a "full-blown dictatorship".

"China likes to tell the West not to meddle in the domestic affairs of Asian countries. But in the Maldives, China is only too happy to meddle in our domestic affairs, by corrupting the ruling elite and encouraging an authoritarian president to double down on repression," Naseem said yesterday addressing a gathering at top American think-tank South Asia Centre of Atlantic Council here.

The Maldives has been witnessing political crisis as President Abdulla Yameen declared an emergency in the island nation on February 5 after the Supreme Court ordered the release of a group of opposition leaders, who had been convicted in widely-criticised trials.

The emergency was extended for another 30 days on February 20. There has been international condemnation of the Maldivian government's moves.

"Almost all the democratic gains that we made in recent years have been lost since President Yameen assumed power in 2013. Every opposition leader is in jail, or exile. The military has stormed, and now occupies, the parliament," he said.

Asserting that the Maldives is now a "full-blown dictatorship", Naseem, who is also vice chairman of the Foreign Relations Committee of the Maldivian Democratic Party, said, "It's difficult to believe that President Yameen would have dared to do all this, defying India and the West -- without the implicit support of his new best friend in Beijing."

"This facilitates China's primary goal which is a land grab. More specifically, China appears to be keen on building a base in the Maldives which one day may house warships and submarines, Naseem alleged.

"Prices of these projects are often extremely inflated, and financed through commercial loans or supplier credit. The receiving country, therefore, cannot pay back the debt, and that debt is used as a disciplining regime," he alleged.

Calling it a "classic case of debt trap", he said, "When countries can't pay back the debt, they ask for equity and we end up relinquishing sovereignty. Without firing a single shot, China has grabbed more land than the East India Company."

Describing this as a dangerous situation, Naseem said that this affects not just the Maldives, but the security and stability of the entire Indian Ocean region.

"In particular, China's actions are undermining India's security concerns. What is happening in the Maldives is not just about democracy. It's about peace, stability, and security of entire neighbourhood, he said.

Last month, a Maldivian oil tanker was photographed by the Japanese air force engaged in suspected sanction-busting activities, he said.

The Maldivian government furiously denied any involvement in the incident, claiming the tanker was using a fake Maldivian flag.

But since then, the tanker has been connected to the Maldives where it is registered and also to President Yameen's family, he said.

"We have now learned that a member of Yameen's family used the tanker as collateral in an application for a USD 4 million mortgage at the Bank of Maldives.

"The opposition believes that Yameen has a fleet of 27 oil tankers, which are being used to systematically bust UN sanctions on North Korea. This business model is nothing new for President Yameen. In the early 2000s, he was documented selling bootleg oil to the Burmese junta, in breach of then UN sanctions, Naseem said.

So this is the problem we face in the Maldives. China is propping up, and actively encouraging a criminal regime, which is busy dismantling the institutions of democracy to cement his rule, and busy selling off the country to Beijing," the former foreign minister said.

Naseem warned the Washington audience that the Maldives is becoming more volatile, more lawless, and more in the grip of Islamic extremists.

"I don't think things are going to end well, unless this regime can be brought to a swift end and democracy restored, he said.