Brother of assassinated Afghan police commander appointed to succeed him 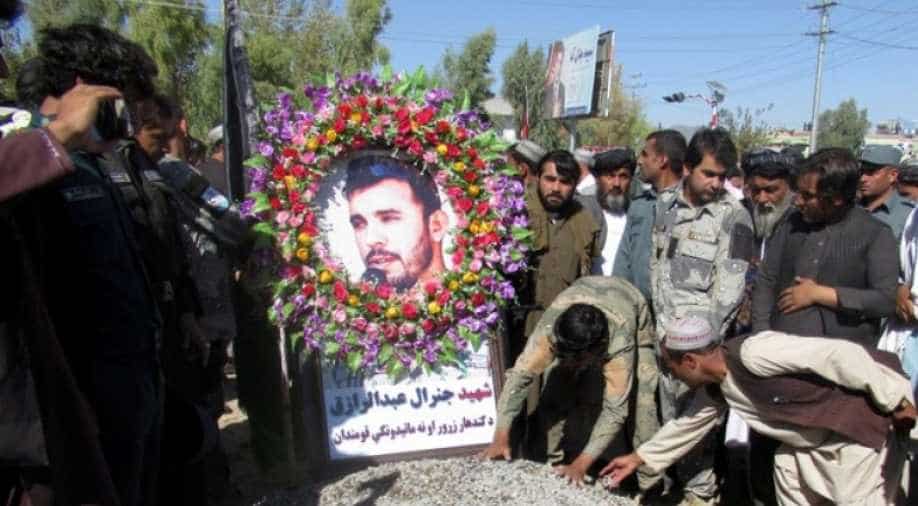 General Abdul Razeq, one of Afghanistan's most feared anti-Taliban commanders, was shot dead when a member of the provincial governor's bodyguard opened fire on officials leaving a meeting with NATO forces commander General Scott Miller.

The brother of the powerful police commander of the southern Afghan province of Kandahar assassinated last week was named as his successor on Monday in move that underlines the pressures facing President Ashraf Ghani's government.

General Abdul Razeq, one of Afghanistan's most feared anti-Taliban commanders, was shot dead when a member of the provincial governor's bodyguard opened fire on officials leaving a meeting with NATO forces commander General Scott Miller.

Razeq, nominally the Kandahar police chief, was one of the most powerful figures in the whole of southern Afghanistan.

He had a range of business interests and was accused of extracting millions of dollars from the border crossing into Pakistan at Spin Boldak, his home region and power base.

A member of the powerful Pashtun Achakzai tribe and a skilful operator in the region's complex tribal politics, he regularly clashed with Ghani's government in Kabul but enjoyed wide support and was impossible to remove.

The nomination of Razeq's younger brother Tadeen Khan as acting police chief of Kandahar followed heavy pressure from powerful tribal elders who forced the government to overlook his lack of experience and training.

Ghani's government initially rejected the demand on the grounds that Khan lacked qualifications, a senior Afghan official said, but gave way after the Achakzais threatened to boycott parliamentary elections.

"Ghani knows he will need the support of many tribes to retain power, so he has to listen to them and accept their demands," said Abdul Rashid Khan a political science professor at Kabul University.

Parliamentary elections, a dry run for the more important presidential election next year, will be held in Kandahar on Saturday after they were postponed for a week following Razeq's death in an insider attack at the provincial governor's office.

His death left a power vacuum in Kandahar, one of the most strategically important provinces in Afghanistan, on the southeastern border with Pakistan.

"It would require a lot of consultations and appeasement to convince general Razeq's supporters and his tribe to approve someone else as the police chief," said a senior government official as he explained the reason behind Khan's appointment.