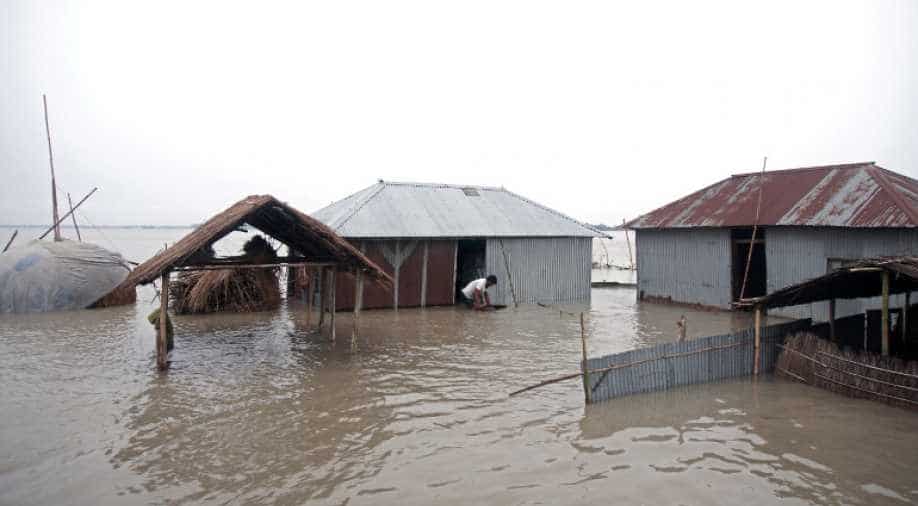 Most victims have drowned but some have been killed by landslides, snake bites and lightning strikes.

The death toll from monsoon storms in Bangladesh rose above 100 Friday with flood levels still rising in many parts of the country, officials said.

About 30 people have been reported dead in the last three days, taking the toll to 114 -- making it one of the country's worst monsoons in years.

Most victims have drowned but some have been killed by landslides, snake bites and lightning strikes.

Five girls aged between six and 18 drowned when their boat capsized in a flood torrent in the northern district of Jamalpur on Thursday, district administrator Ahmed Kabir told AFP.

The Brahmaputra river, which flows out of the Himalayas, has risen dramatically since July 10 leaving 1.2 million people in Jamalpur without homes or affected by the floods.

The river last week was at its highest level since authorities started keeping records in 1975.

Five million people have been affected by the floods since July 10, according to authorities. Several hundred thousand have been forced out of their homes.

The state-run Flood Forecasting and Warning Centre said at least 26 of the country's 64 districts -- covering a third of the country -- have been flooded by heavy monsoon rains and a deluge from Himalayan rivers in India and Nepal.

The centre said water levels would remain high in many districts until Saturday. The floods were receding in other districts however, centre head Arifuzzaman Bhuyan told AFP.

Bangladesh is regularly flooded during the June-September monsoon as hundreds of rivers that feed into the Bay of Bengal burst their banks.

In 1998, during one of the nation's worst-ever floods, nearly 70 per cent of the country went underwater, leaving more than a thousand people dead and 30 million people affected.