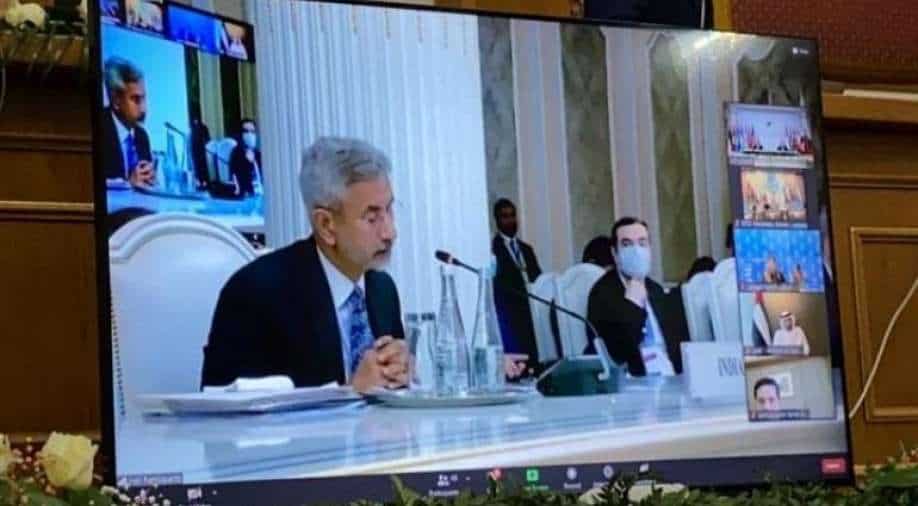 EAM called for a "genuine ‘double peace’" in Afghanistan which is "peace within Afghanistan and peace around Afghanistan" which "requires harmonizing the interests of all, both within and around that country."

At Heart of Asia conference in Dushanbe, India's External Affairs Minister Dr S Jaishankar has extended support to a regional process on peace in Afghanistan under the United Nations umbrella.

Jaishankar said, "We support a regional process to be convened under the aegis of the United Nations. UN stewardship would help to take into account all relevant UN resolutions and improve the odds for a lasting outcome."

The process was proposed by the US, in a letter by the US Secretary of State Antony J. Blinken to Afghanistan President Ashraf Ghani. The proposal calls for the meeting of foreign ministers of Russia, China, Pakistan, Iran, India, and the US under the United Nations for a "unified approach to supporting peace in Afghanistan".

Jaishankar called for a "genuine ‘double peace’" in Afghanistan which is "peace within Afghanistan and peace around Afghanistan" which "requires harmonising the interests of all, both within and around that country."

He added, "India has been supportive of all the efforts being made to accelerate the dialogue between the Afghan government and the Taliban, including intra-Afghan negotiations" and "if the peace process is to be successful, then it is necessary to ensure that the negotiating parties continue to engage in good faith, with a serious commitment towards reaching a political solution."

During the speech, EAM expressed "grave concern" over the situation in Afghanistan, pointing out that "violence and bloodshed are daily realities and the conflict itself has shown little sign of abatement". The year 2020 marked a 45% increase in civilian casualties in Afghanistan.

India in the region has emerged as a major supporter of Afghanistan--from infrastructure to connectivity to capacity building. It will be building the Shahtoot dam that will provide clean drinking water to the people of Kabul. It has already built the Afghan Parliament and the India Afghanistan friendship dam in Herat. It is also involved in more than 550 Community Development Projects covering all 34 provinces of the country.