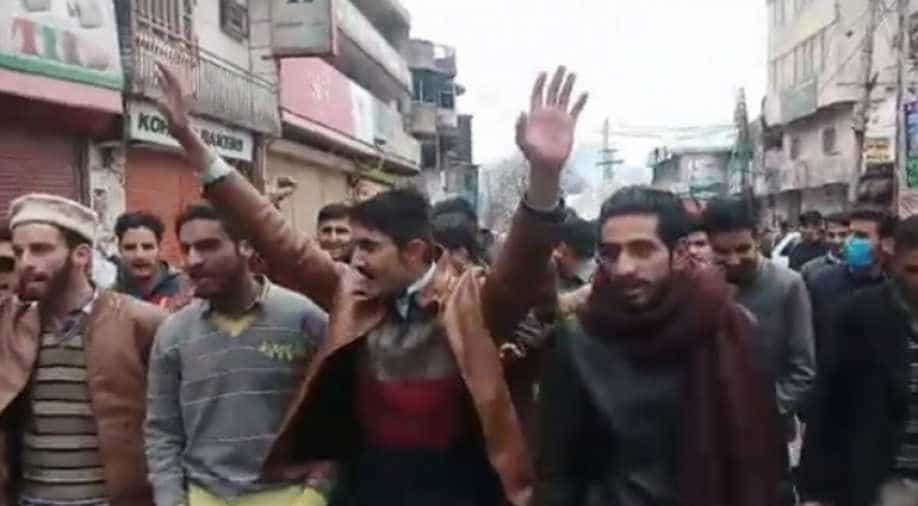 A large number of local residents and political activists carried out massive protests on Friday against the construction of Neelum-Jhelum hydropower project in Pakistan occupied Kashmir (PoK).

The demonstrators raised slogans against the Water and Power Development Authority (WAPDA), demanding an immediate ban on the construction of the power project on rivers - the prime source of water in the region.

Locals allege that Pakistan has deprived residents of basic needs, including water.

During the protest, one of the activists shouted that "Pakistan has been enjoying the benefits of electricity generated in PoK region, whose surcharge is paid by them (PoK). Dams are being constructed on their lands, and they are the ones who are facing a water crisis."

"This is our water, it is our right and we will fight for our right. If the matter doesn't get solved through mutual understanding, we know the other way out," he added.

Another activist, while attacking Pakistan's judiciary, said, "If a project creates a problem for Pakistan, it immediately asks for its closure. But today, when it is the question of survival of lakhs of people living in PoK, then they are just turning a blind eye."

He further stated that the people of PoK will not sit quietly and will continue their fight for justice.

Of late, a massive water crisis has emerged in PoK, which has forced people to either live in uninhabitable conditions or move to other places.

Apprehensive of serious ecological changes in the region, people are demanding an immediate retraction of Pakistan`s plans to construct more dams on Neelum and Jhelum rivers.