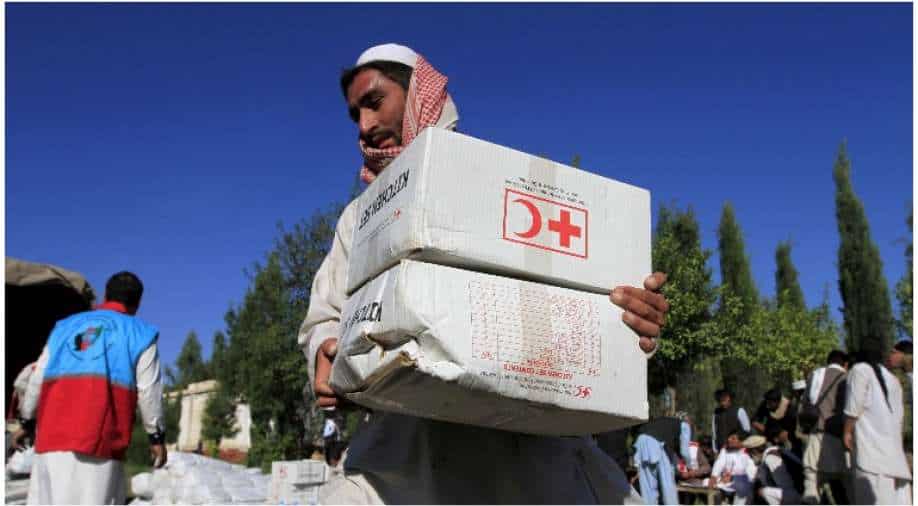 FILE PHOTO: An Afghan man receives aid from the International Federation of the Red Cross and Red Crescent Societies after an earthquake, in Behsud district of Jalalabad province, Afghanistan October 28, 2015 Photograph:( Reuters )

"One of the great risks for the health system here is basically to collapse because of lack of support," said Filipe Ribeiro, Afghanistan representative for Médecins Sans Frontières (MSF), one of the largest medical aid agencies in the country.

"The overall health system in Afghanistan is understaffed, under-equipped and underfunded, for years. And the great risk is that this underfunding will continue over time."

Necephor Mghendi, Afghanistan head of the International Federation of the Red Cross and Red Crescent (IFRC), said the healthcare system, which was already fragile and heavily reliant on foreign aid, had been left under additional strain.

"The humanitarian needs on the ground are massive," he said.

Both aid agencies said that they have seen significant increase in demand as other facilities are unable to fully function.

Mghendi said closures of Afghan banks had meant almost all humanitarian agencies have been unable to access funds, leaving vendors and staff unpaid.

Compounding the issue, medical supplies will now need to be restocked earlier than expected.

"Supplies that were supposed to last for three months will not be able to last three months. We may need to replenish much earlier than that," Mghendi said.

Ribeiro said MSF had stockpiled medical supplies before the takeover but that with flights disrupted and land borders in disarray, it was unclear when more might reach the country.