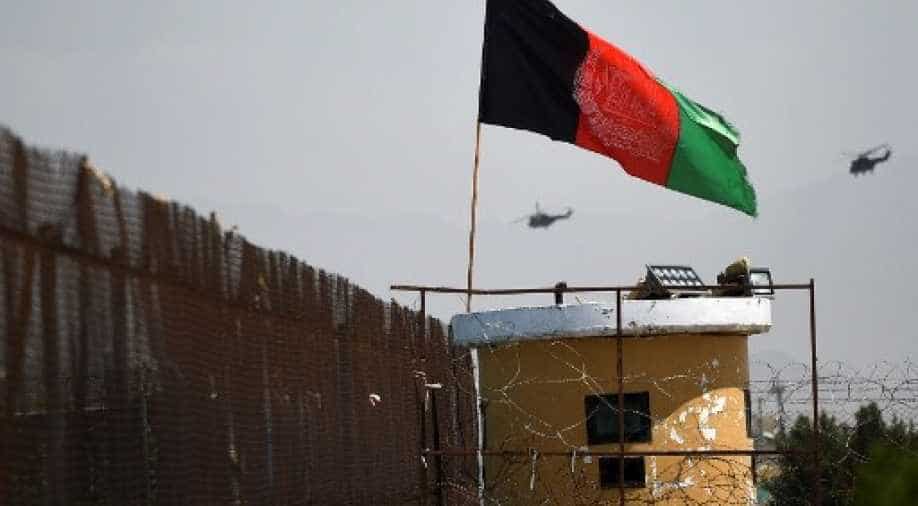 Ordinary Afghans are divided on whether to defy the Taliban's threats and cast their ballots in a presidential election this week, and even those who are willing to vote fear the poll will be tainted by fraud.

"It is a chance to bring changes," says teacher Mohsen Karimi, 30, from the western city of Herat near the Iranian border.

The country's fourth presidential elections since the Taliban's fall from power in 2001 will be held as increasing uncertainty grips the country.

Fighting between the government and insurgents is killing record numbers of people, while the collapse of US-Taliban talks earlier this month has raised fresh questions about how long Washington plans to keep troops on the ground.

Civilians continue to pay a heavy price in the nearly 18-year-long conflict.

More than 1,500 civilians were killed or wounded in July, according to the UN, the highest monthly toll this year.

The Taliban have already threatened to target the polls.

"In most areas, people cannot vote due to the Taliban threats. Even if a candidate is elected, it is not the absolute choice of all Afghans," said Mohamad Qasim from the southern province of Kandahar.

Among the students, shopkeepers and teachers interviewed by AFP in Kabul and provinces across Afghanistan, several said they did not plan to vote on Saturday.

"I want to vote, but I'm scared," said Samim from the eastern city of Jalalabad, which is frequently targeted by both the Taliban and Islamic State militants.

However it is fraud that deters the 33-year-old shopkeeper the most.

"The last election was full of irregularities. If I was sure there would be no fraud in this election, then I would vote and call on my friends to vote," he said.

The 2014 presidential election was so badly tainted by fraud allegations that it required US intervention.

A power-sharing deal brokered by then US secretary of state John Kerry was needed to prevent confrontation between Ashraf Ghani, who was handed the presidency, and Abdullah Abdullah, who became chief executive.

Following a bitter five-year partnership, the two rivals are squaring off again and are seen as the main contenders to lead a country where more than half the population lives in poverty, making under two dollars a day.

Candidates have done little campaigning in the run-up to this year's contest, which was largely overshadowed by talks seeking a potential US-Taliban deal. Many thought the talks would delay the poll but they have since been suspended.

"I have not decided whether to vote or not," explained Abdul Ahmad, a 56-year-old businessman in the northern city of Mazar-i-Sharif.

"I also don't know if any good government would come to power."

Meanwhile, fears of more attacks on campaign events and polling centres are swelling.

The first day of campaigning saw the Taliban target President Ghani's running-mate Amrullah Saleh in an attack that killed 20 people in July.

Last week, another 26 people were killed in the central province of Parwan near Kabul when the Taliban targeted a Ghani campaign rally.

Many residents of Kabul, one of the deadliest places for civilians in the country, were split on whether to vote.

While labourer Mohammad Akbar, 51, said none of the candidates seemed "right" to him and he would stay away from the polls, restaurant manager Mohamad Sadeq, 53, said he was ready to vote.

"Although there will be many security challenges, people will still get out and vote and I will go and vote as well," added Arash Rasuli, an insurance executive.

Zainab Sepehri, 20, a student in Herat, hoped her vote would help "change the lives of the women in this country" -- a sentiment echoed by fellow student Monisa Qarizada, 22.

"I will vote. Because as a woman, I don't want to go back, I don't want women to be oppressed again," she said from Mazar-i-Sharif.

For some Afghans, voting is the only voice they have.

"Don't let others decide for you," said Karimi, the teacher from Herat.

"You must vote to have a say in your country."