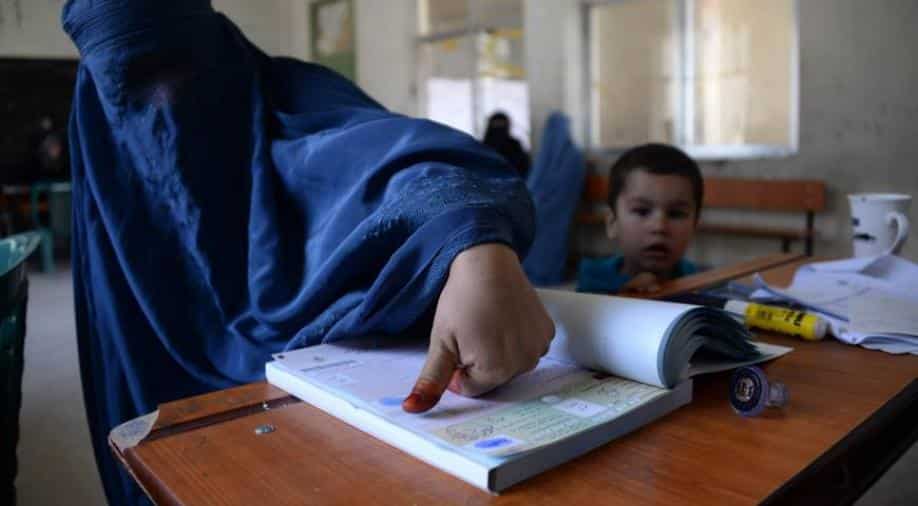 Each voter can only choose one candidate, but finding them on Kabul's giant ballot paper, which is roughly the size of a tabloid newspaper, could be time-consuming.

More than 800 faces, 15 pages, one vote. Kabul voters will wrestle with newspaper-sized ballot papers on October 20, racing to find their candidate in a city under constant threat from militant attacks.

The huge number of parliamentary hopefuls vying to represent Kabul province, where around one-fifth of Afghanistan's population lives, is the highest of anywhere in the country.

The candidates account for almost a third of the more than 2,500 people contesting long-delayed elections for Afghanistan's lower house, or Wolesi Jirga.

Each voter can only choose one candidate, but finding them on Kabul's giant ballot paper, which is roughly the size of a tabloid newspaper, could be time-consuming.

It is hardly ideal when the risk of the Taliban or the Islamic State group attacking polling centres is high.

Militants have vowed to target the ballot and those organising it, calling the polls a "malicious American conspiracy".

To make the process easier and faster for voters, candidates are advertising their numerical position and ballot page number -- along with their often digitally enhanced photos -- on campaign posters on lamp posts, billboards and blast walls around the province.

The key numbers appear alongside symbols such as palm trees, lions or spectacles, used by each candidate to enable illiterate voters to identify them.

With lofty promises of pushing for "change", "justice" and even making "streets from gold, schools from diamonds and universities from emeralds", candidates are locked in a fierce battle for the 33 seats allocated to Kabul.

More than 1.6 million votes are up for grabs -- more than any other province -- according to Independent Election Commission (IEC) voter registration data.

But many suspect that a significant number of those may be fake, created by fraudsters using counterfeit identification documents that could be used to stuff ballot boxes.

Biometric verification machines designed to prevent people from voting more than once are scheduled to be used -- but there are fears these may not arrive at polling centres in time, or fail to work.

An eleventh-hour decision to use the devices for the first time in an Afghan election has left beleaguered organisers scrambling to import and distribute them to more than 5,000 polling centres ahead of the vote.

While Afghan law does not require the use of biometric verification, votes cast without it will not be counted, IEC spokesman Sayed Hafizullah Hashimi said.

Despite the unusual size of Kabul's ballot paper -- and the potential for hundreds of thousands of votes to be cast -- Hashimi said regular boxes would be used to collect ballots on election day.

"We have around six million people (in Kabul) -- it is very populated," Hashimi told AFP.

"If the boxes fill up, we have reserve boxes."