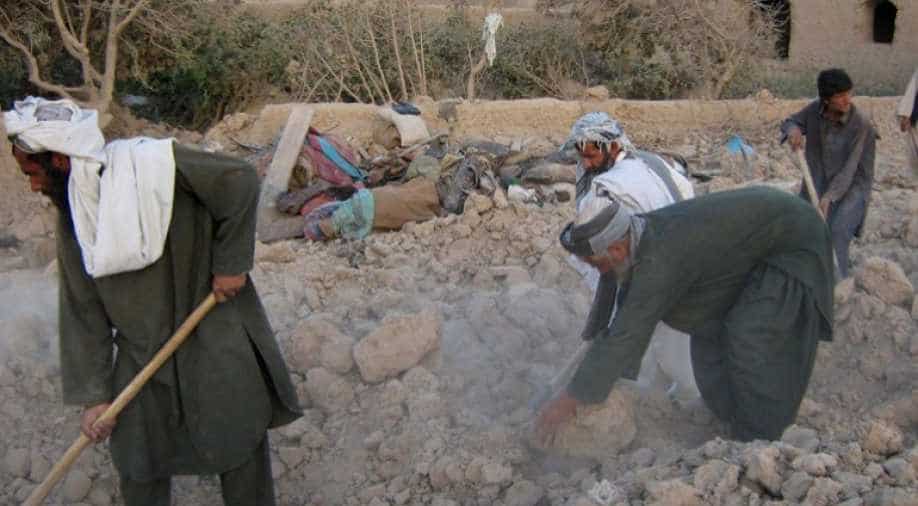 About 61 per cent of all civilian casualties were caused by anti-government groups like the Taliban and Islamic State, it said. (Representative Image) Photograph:( AFP )

The number of children killed and injured in Afghanistan spiked 24 per cent in 2016, with 923 killed and 2,589 injured, according to a report issued by the United Nations on Monday.

The report also said that 2016 recorded the most deaths and injuries from air strikes since 2009.

Civilian casualties increased by three per cent year-on-year in 2016, the UN investigators said. A total of 3,498 civilians were killed and 7,920 wounded in the conflict in 2016.

"Against a backdrop of protracted ground fighting, the battlefield permeated civilian sanctuaries that should be spared from harm, with suicide attacks in mosques; targeted attacks against district centres, bazaars and residential homes; and the use of schools and hospitals for military purposes," the United Nations said.

About 61 per cent of all civilian casualties were caused by anti-government groups like the Taliban and Islamic State, it said.

The United Nations attributed at least 4,953 deaths and injuries to the Taliban, but in a shift in 2016, investigators documented a tenfold increase in casualties caused by Islamic State militants.

At least 899 deaths and injuries were attributed to Islamic State.

Afghan security forces caused about 20 per cent of the overall casualties, while pro-government militias and international forces caused two per cent each, the UN said.