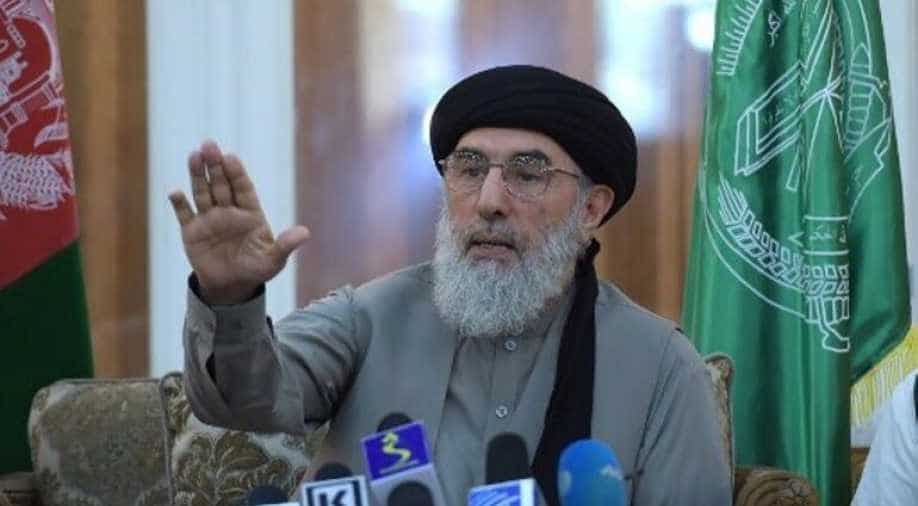 It should be noted that this is not the first time that Hekmatyar has lashed out at the Kabul government over its moves on peace talks with the Taliban.

Afghan presidential candidate Gulbuddin Hekmatyar on Saturday said that the incumbent government in Kabul is a hurdle in the way of bringing peace to the war-ravaged country.

Addressing a campaign rally in Kabul, Tolo News quoted Hekmatyar as saying that the National Unity Government`s leadership "is happy" in the continuation of the decades-long war in Afghanistan and also urged his countrymen to make the ultimate decision on the future of their country.

It should be noted that this is not the first time that Hekmatyar has lashed out at the Kabul government over its moves on peace talks with the Taliban.

Last month, during a presidential campaign outside his residence in Kabul, the candidate, leader of Hizb-e-Islami party, had said that the incumbent government is "weak" and cannot decide on major issues in the country and that it will "collapse" if the US forces leave the war-ravaged Afghanistan.

America is seeking a government that will remain for a while after it withdraws its troops from the country, he had stated.

Reiterating similar lines, Hekmatyar, today in his speech, further called on the Taliban to continue talks with Afghans as their negotiations with the Americans have "failed".

delegation of the Taliban officials is in Moscow to hold talks with Russian President`s special representative for Afghanistan, Zamir Kabulov, emphasizing the need for resumption of peace talks between the militant group and the United States to end the Afghan conflict.

The development came days after US President Donald Trump had called off negotiations with Taliban and cancelled a "secret meeting" with Afghan President Ashraf Ghani at Camp David in the wake of the Kabul terror attack, which claimed 12 lives, including that of an American soldier.

Despite Trump's decision, Secretary of State Mike Pompeo has said that the administration is still working towards a deal but it will not proceed until the Taliban delivers on its commitments.

The talks between the US and the Taliban began last October in Qatar.

The US side was led by its Special Representative for Afghanistan Reconciliation Zalmay Khalilzad, who has held a series of talks with the Taliban, the Afghan government and neighbouring countries to reach a consensus to end the conflict.

Earlier, US Special Representative for Afghanistan Reconciliation Zalmay Khalilzad said that the Trump administration had reached a deal `in principle` to withdraw over 5,000 troops from Afghanistan in exchange for guarantees by the Taliban to not allow the war-torn country to be used as a base for attacks abroad.