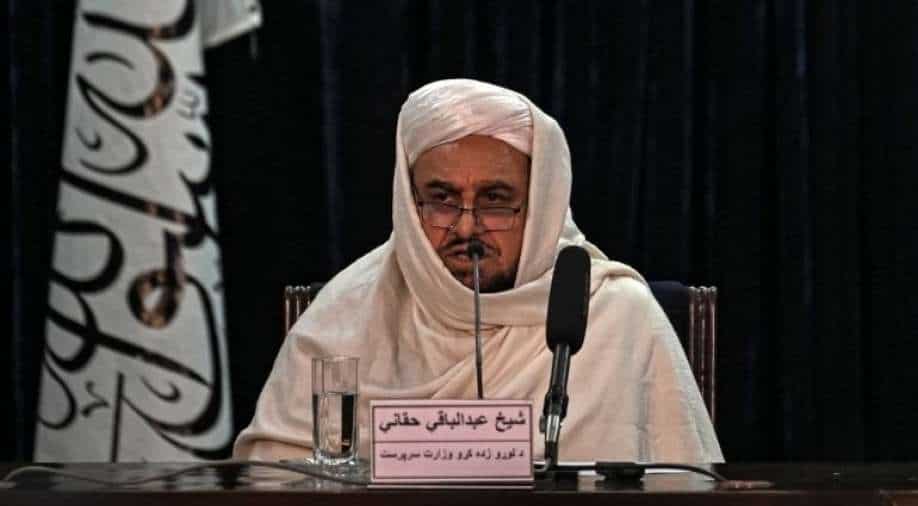 During a press conference in Kabul, he said that his government does not oppose women's education but rather the concept of men and women studying together

During a press conference in Kabul, he said that his government does not oppose women's education but rather the concept of men and women studying together.

"We are working on building an Islamic environment where women could study... it might take some time," he added.

However, he did not specify when girls might return to school and university classes across the country.

Blasting the decision, Heather Barr, the associate director of women's rights in the Human Rights Watch, said "This new order essentially moves... further in the direction of making women prisoners."

It "shuts off opportunities for them to be able to move about freely, to travel to another city, to do business, (or) to be able to flee if they are facing violence in the home", Barr added.

It comes despite the hardline Islamists seeking to project a moderate image internationally in a bid to restore aid suspended when the previous government imploded during the final stages of a US military withdrawal.

Meanwhile, the Ministry for the Promotion of Virtue and Prevention of Vice has issued a guidance that women seeking to travel long distances should not be offered road transport unless they are accompanied by a close male relative.

The Taliban have faced heavy criticism for keeping women and girls out of employment and education and excluding broad sections of Afghan society from the government.

The Taliban's definition of the hijab, which can range from a hair covering to a face veil or full-body covering, is unclear, and most Afghan women already wear headscarves.

The international community has accused them of trampling on human rights and, despite their promise of amnesty, targeting officials of the former administration.

However, acting Afghan foreign minister Amir Khan Muttaqi said the government had restored peace and security and done much to address demands for more inclusiveness with respect for human rights, including the rights of women.

"All must acknowledge that political isolation of Afghanistan is not beneficial for anyone, therefore it is imperative that all support the prevailing stability and back it both politically and economically," he said.