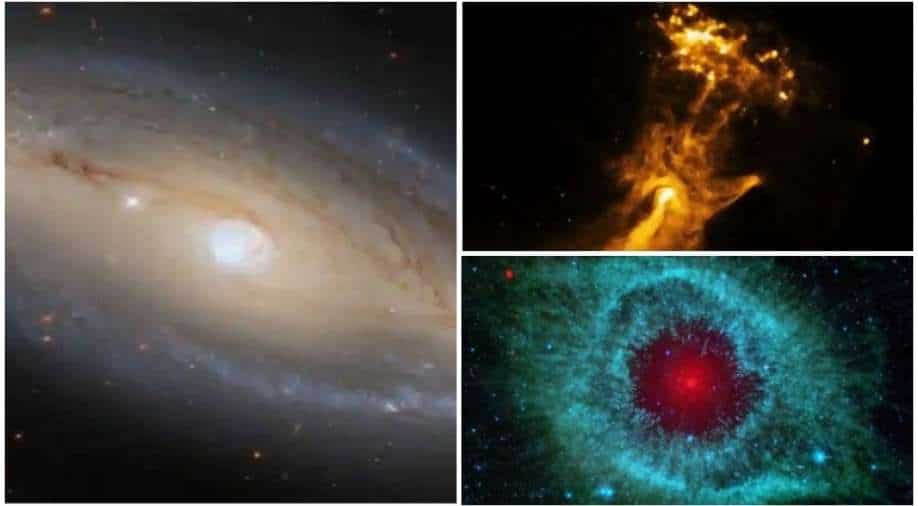 (Source: NASA) NAS has sent some mesmerising photos our way throughout the year 2021 Photograph:( Others )

Year 2021 was a major one for space science. James Webb Space telescope has been launched recently. But humanity's eyes towards the sky clicked some breathtaking pictures of space and Earth. NASA share these images on social media and wowed people around the world

The universe is full of wonders. We already know that. But every now and then the huge expanse of (nearly) nothingness springs up a surprise that makes even scientists go "wow!". For us mortals, the play of colours, the explosions, the formations and what not is always a thing of wonder. These images are shared widely, by space agencies like NASA and even by astronauts from around the world. The sheer beauty makes these images go viral.

As the year 2021 draws to a close, we bring you some of these space images that stopped people in their tracks. 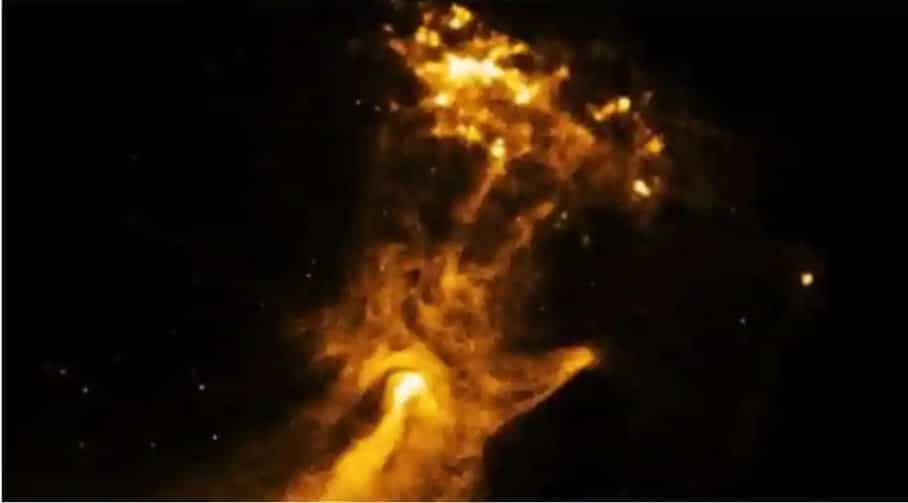 This was undeniably the most recognisable image NASA posted.  The beautuiful golden structure that appears to pop out of nowehere in space is shaped like a hand blessing everyone. NASA explained that the 'hand of God' is a nebula of energy and particles blown by a pulsar. The pulsar had been left behind after explosion of a star. This pulsar is known as PSR B1509-58. It is spins around itself 7 times per second! It is 17,000 lightyears away from Earth. 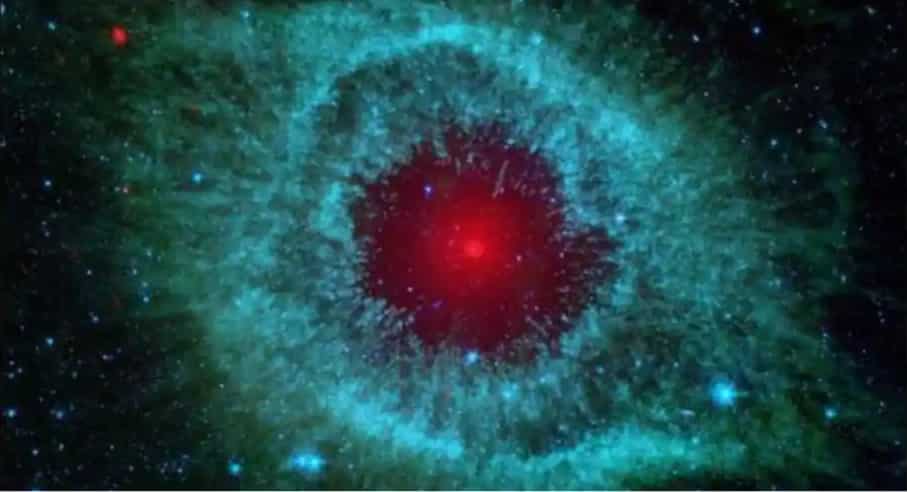 God has been represented. Now comes the turn of the Devil. This celestial structure looked like an eye that was definitely didn't appear friendly. The eyelashes were blue and the iris was blazing red. Was it the Devil himself? This is Helix Nebula which was clicked by Spitzer telescope. Helix Nebula is 700 light-years away from Earth and located in the Aquarius constellation

Visitor in our backyard 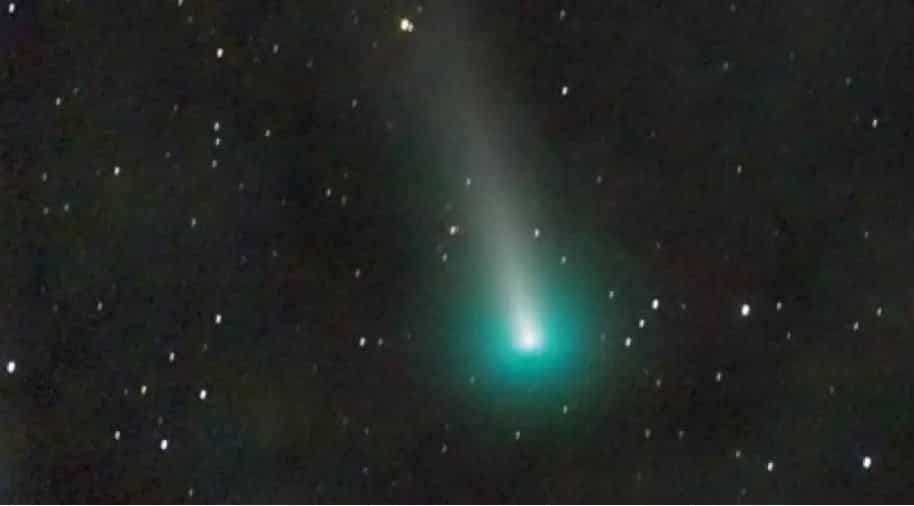 We have a visitor! And he is still in our backyard. Comet Leonard, the brightest comet of the year came into our field of vision in December 2021. Watching this celestial nomad was a once in a lifetime opportunity as it is due to come back near Earth 35,000 years from now, if Sun doesn't gobble it up this time that is. Comet Leonard had a close shave with NASA and European Space Agency's (ESA) solar orbitter. Thankfully, there was no cause for concern. 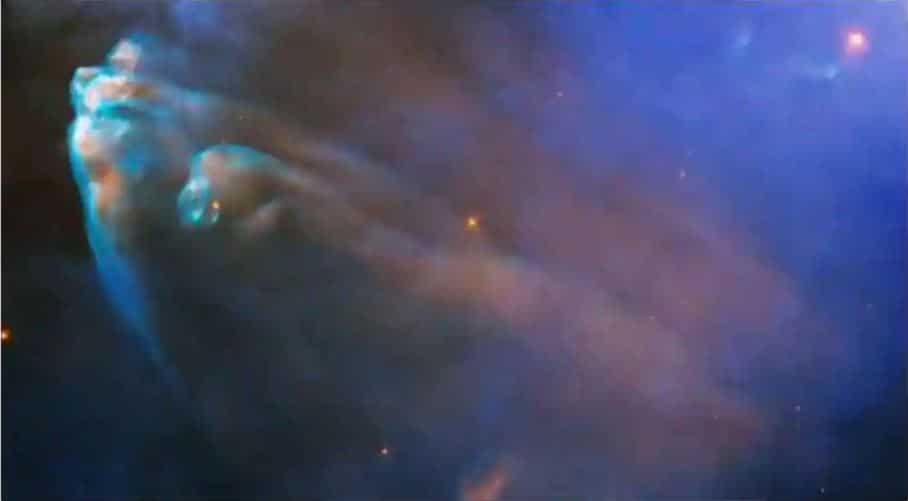 The Running Man Nebula is 5000 light-years away from Earth. Its scientific designation is NGC 1977. This nebula was in news because NASA captured a pic of 'Herbig Haro object'. Herbig Haro nebula is a type of nebula that forms when gas from a young star collides with surrounding dust and produces shockwaves. 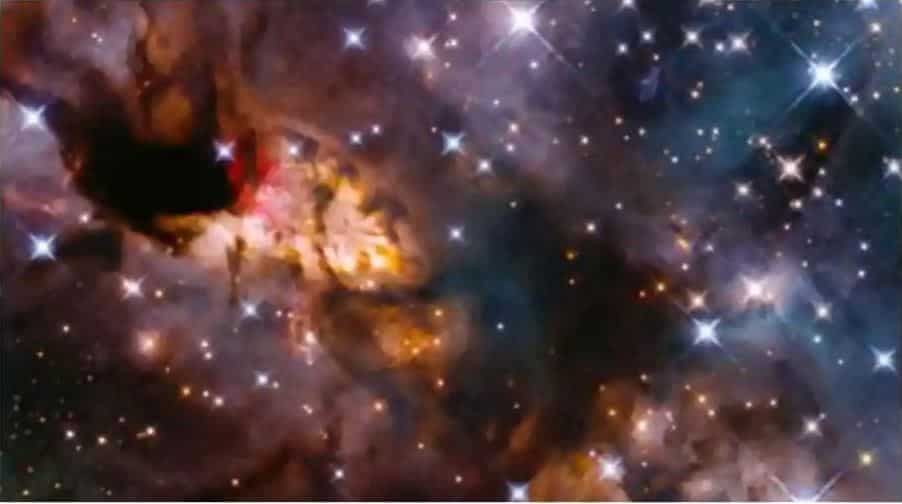 Nebulas are where new stars are formed. In November, NASA clicked an image of Prawn Nebula, a massive solar nursery. The nebula is 250 might-years wide and is situated at a distance of 6000 light-years away from Earth. Formally, the Prawn Nebula is called IC 4628. 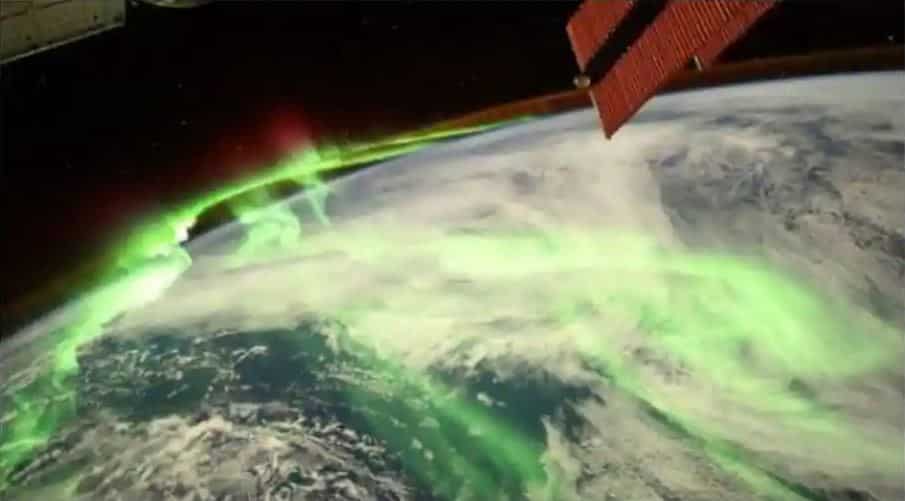 We are so busy pointing our scopes at stars that we often forget how beautiful our own planet is. Not each of us is lucky enough to go to space and click picture of Earth but astronauts have been doing so for us. European Space Agency astronaut Thomas Pesquet, who was stationed in International Space Station has been prolific in clicking such pictures. In September this year, he showed all of us how an Aurora looks from space.

The 'eye in the sky' 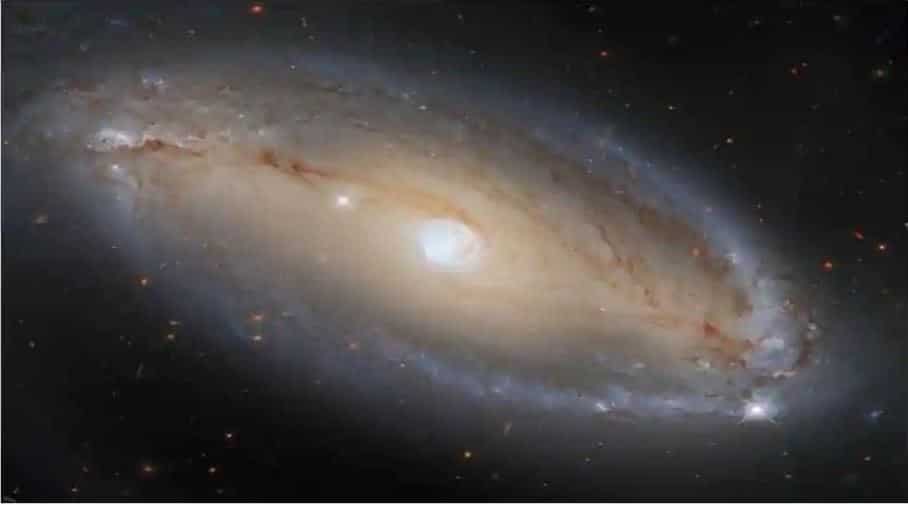 This one is not as scary as the 'Devil's eye' but is beautiful nonetheless. This image was clicked by NASA. This is Seyfert galaxy. The galaxy has a supermassive black hole in the centre but it emits a large amount of electromagnetic radiation. The active galactic nucleus with high luminosity gives it an appearance of an 'eye in the sky' 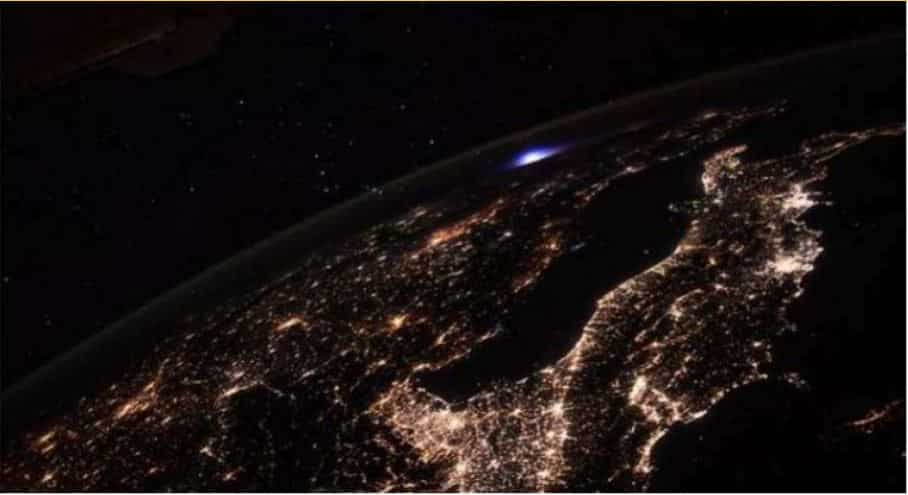 Thomas Pesquet strikes again! The ESA astronaut captured this image when he was aboard International Space Station (ISS). On October 8, Pesquet posted an image in which part of night side of Earth was visible. The land could be seen lit up with cities and roads and more. But remarkable thing in the photo was a strange blue glow. Pesquet was stumped as to what this would be, as were people on Instagram.

Space and even our planet Earth have many wonders still hidden from us. 2022 will surely send such visual treats our way.