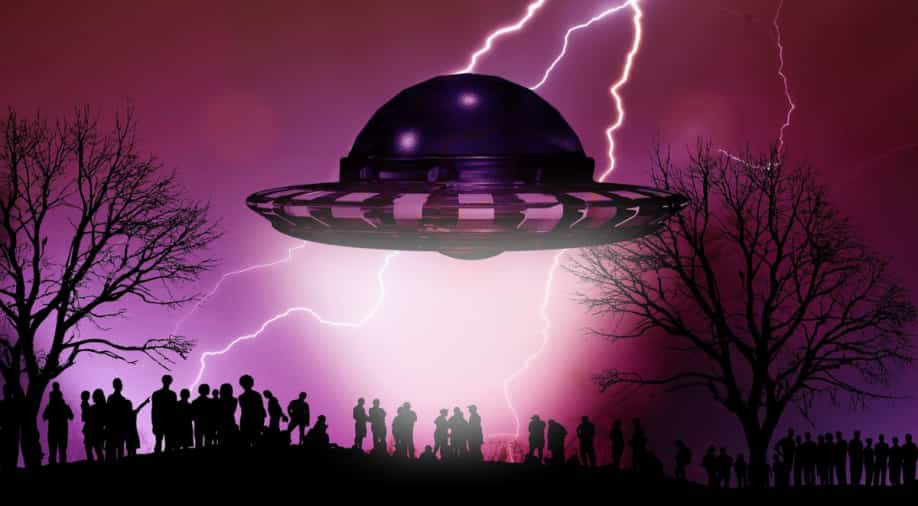 Every year on July 2, we celebrate World UFO Day — a day dedicated to unidentified flying objects. It is basically an awareness day for people across the world to gather together and watch the skies for UFOs. Some even celebrate it on June 24.

On June 24, aviator Kenneth Arnold, also a businessman and politician wrote about a UFO. It is generally considered to be the first widely reported UFO in the United States. The famous Kenneth Arnold UFO sighting occurred in 1947.

Arnold had claimed that he saw a string of nine, shiny unidentified flying objects flying past Mount Rainier. According to him, the speed of those objects is estimated at a minimum of 1,200 miles an hour.

The celebrations on July 2 aimed at raising awareness of "the undoubted existence of UFOs" and encouraging governments to declassify their files on UFO sightings. July 2 is marked after the famous Roswell incident in 1947 — a supposed UFO crash.

United States Army Air Forces officers from Roswell Army Air Field recovered balloon debris from a ranch near Corona, New Mexico in 1947. Decades later, the conspiracy theories suggest that the debris involved a flying saucer and the US government covered up the truth.

Later, the World UFO Day Organization (WUFODO) dedicated July 2 to celebrate the day with an aim to make people aware of "the existence of UFOs and with that intelligent being from outer space".

Pentagon reports rise in UFOs in past 20 years

In the month of May this year, a top US defence official told lawmakers in the first public hearing on UFOs in half a century that an increasing number of unidentified flying objects have been reported in the sky over the past 20 years.

"Since the early 2000s we have seen an increasing number of unauthorized and/or unidentified aircraft or objects in military-controlled training areas and training ranges and other designated airspace," Scott Bray, deputy director of Naval Intelligence, told a House security panel.

Bray attributed the rise to efforts by the US military to "destigmatise the act of reporting sights and encounters" as well as to technological advances. However, he said the Pentagon had detected nothing "that would suggest it's anything non-terrestrial in origin" behind these phenomena.

NASA gets serious about UFOs

In June, NASA announced a new study that will recruit leading scientists to examine unidentified aerial phenomena. The project will begin early this fall and last around nine months, focusing on identifying available data, how to gather more data in future, and how NASA can analyze the findings to try to move the needle on scientific understanding.

"Over the decades, NASA has answered the call to tackle some of the most perplexing mysteries we know of, and this is no different," Daniel Evans, the NASA scientist responsible for coordinating the study, told reporters on a call.