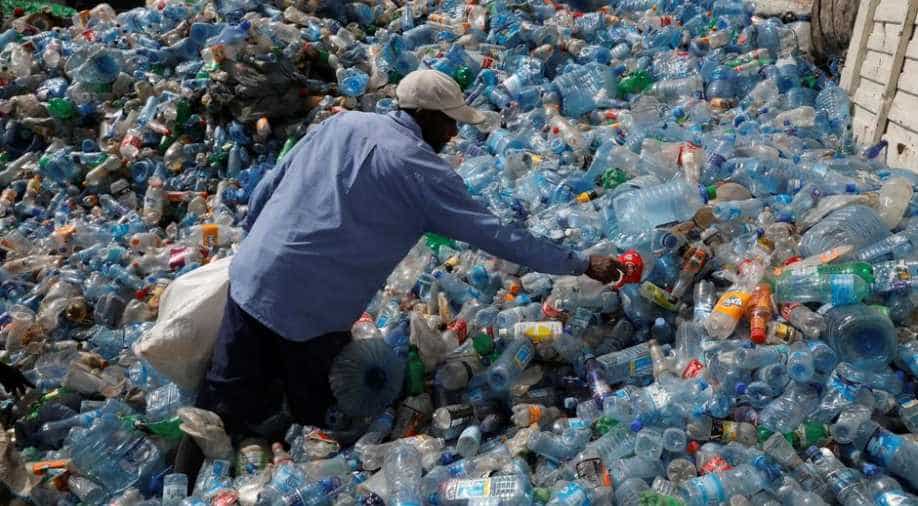 Vanillin is the molecule responsible for the characteristic smell and taste of vanilla. It is used in food and cosmetics, and is an industrially important platform chemical. Traditionally, it is extracted from the vanilla plant, but global demand far outweighs supply from natural sources.

Polyethylene terephthalate (PET) is one of the most widely used types of plastic. Most existing recycling technologies degrade it into second-generation plastic materials.

Research duo Stephen Wallace and Joanna Sadler from the University of Edinburgh used genetic engineering to create a strain of E. coli that converts terephthalic acid into vanillin.

Wallace believes ''Instead of simply recycling plastic waste into more plastic, what our system demonstrates for the first time is that you can use plastic as a feedstock for microbial cells and transform it into something with higher value and more industrial utility.''

Sadler is unsure if vanillin derived directly from waste would meet regulatory standards for food consumption but envisages it would be suitable for cosmetics or other applications as a bulk chemical.

Their modified E. coli produces enzymes to convert terephthalic acid to vanillin through an oxidation, a methylation and two reduction steps. These enzymes were introduced to the cell on plasmids, which Wallace describes as ‘circular pieces of DNA that are effectively an instruction book for the chemistry you want that cell to do.’

Adding such a large number of non-native enzymes to E. coli proved to be a big challenge.

''When you start introducing new enzymes you are putting a lot of stress on the cell, and at some point, it will become unhappy with the amount of work you are asking it to do. This poses various biological hurdles,'' explains Sadler.

Through careful optimisation of reaction conditions and media, eventually they found a sweet spot where each of the enzymes was able to play its part in the biocatalytic transformation of terephthalic acid to vanillin.Unfortunately, getting the cell to carry out the transformation was only half of the battle.

''Whole cell biocatalysis has a lot of benefits, but a huge challenge is physically getting the substrate into the cell so that the chemistry can happen,'' says Sadler.

To overcome this, they added small amounts of alcohol that essentially poke holes in the cell membrane to increase its permeability. Another complexity was that vanillin itself is toxic to their new strain of E. coli.

To mitigate those toxicity issues, they removed the product from the reaction mixture in situ by extracting it into oleyl alcohol. With optimised conditions in hand, the team directly converted a waste plastic bottle, picked off a street in Edinburgh, to vanillin in a one-pot process.

According to Wolfgang Streit, an expert in microbial plastic degradation at the University of Hamburg, Germany ''This is a very promising and timely study demonstrating that terephthalic acid can be implemented into a biotechnological process.''

''They outline a clear strategy for biological up-cycling of PET waste into a single value-added small molecule. Since vanillin has the potential to serve as a platform chemical compound, this makes a significant contribution to the emerging field of microbiological plastic recycling.''

Meanwhile, Zeynep Cetecioglu, a researcher in the field of microbial waste valorisation at KTH Royal Institute of Technology, Sweden, calls the work quite an important step not only for creating biorefinery hubs in cities, but also for a more sustainable society.

Plastic waste is a big problem for all the world and the need is to find a solution to remove or dispose it. This study has taken a step further and successfully converted the compound of plastic waste to a high-value chemical.

Aside from the useful transformation, Wallace says their research ''completely changes the perception of plastic waste as a problematic end product into a utilisable feedstock for modern industrial biotechnology.''