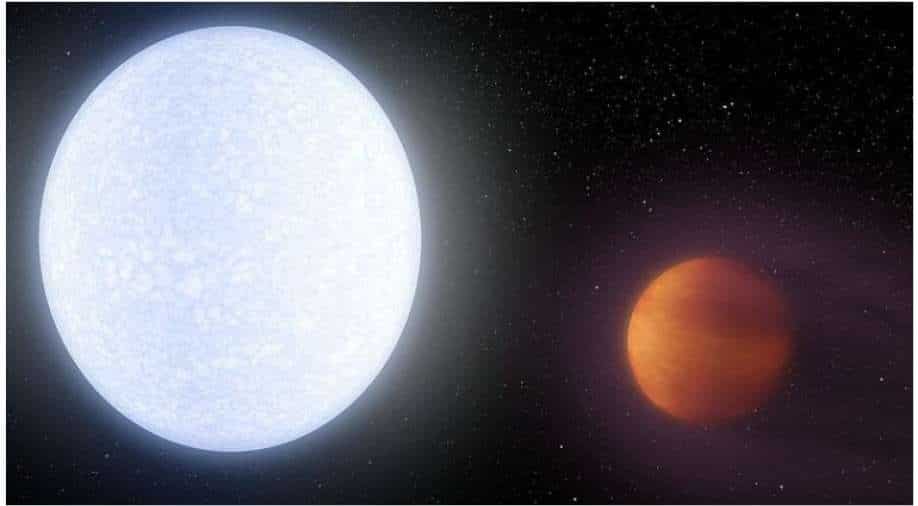 (Image- NASA/ Wikimedia Commons) Artist's representation of the planet revolving around its star Photograph:( Others )

Can you imagine a space body almost hot as our Sun all the while being a 'planet'? Well, there are such planets

But universe, as infinite it is, has ways to surprise our minds and set ideas we tend to have about it.

Can you imagine a space body almost hot as our Sun all the while being a 'planet'? Well, there are such planets.

It has been found that this planet has a temperature of 5000 K (4726 degree Celsius). This makes this planet hotter than 80 per cent of all individual stars in the universe.

Kelt-9 b is tidally locked with its star. That means that one side of the planet always faces the star when it makes its revolution.

Why studying Kelt-9 b is important

Planets like Kelt-9 b are called 'hot Jupiters' because of their gaseous nature, gigantic size and extremely hot temperature. This means that behaviour of such planets gives us a brilliant opportunity to study Physics in conditions that are nearly impossible to reproduce on Earth.

In other words, these planets can roughly be called giant labs in space!

The universe truly has amazing secrets!