No kidding, a bubble that lasted for 465 days! French scientists create 'everlasting bubbles' 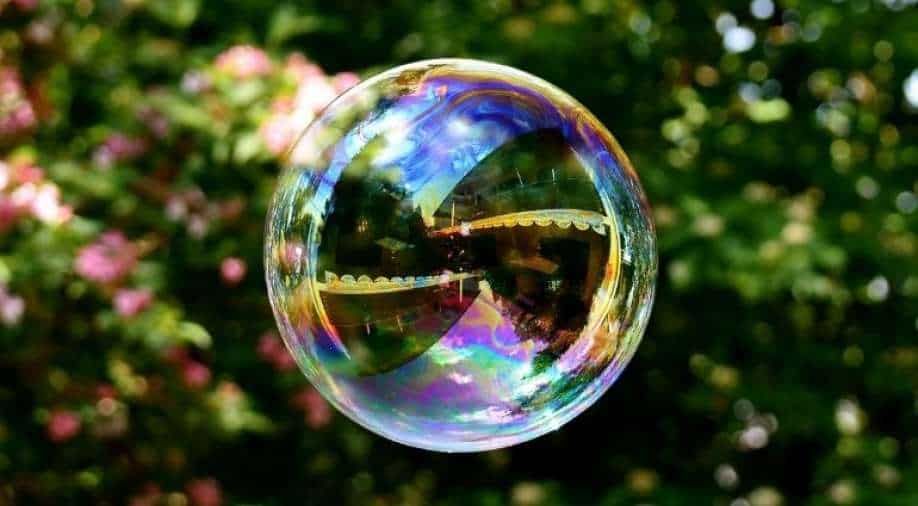 In contrast to soap bubbles, the new bubbles can last more than a year before they pop, reported the scientists

Blowing soap bubbles will never fail to delight one's inner child, regardless of how quickly they burst.

We have some good news for those who always seem to feel disappointed due to this ephemeral nature of bubbles. According to a new paper published in Physical Review Fluids, French physicists have created "everlasting bubbles" using plastic particles, glycerol, and water.

They even managed to build a bubble that survived for a whopping 465 days.

In contrast to soap bubbles, the new bubbles can last more than a year before they pop, reported the scientists.

Rather than soap and water, the bubbles are made from water, microparticles of plastic, and a viscous, clear liquid called glycerol. The trio of ingredients prevents factors that normally quickly deflate bubbles.

Normally, the liquid in a soap bubble sinks to the bottom and leaves a thin film at the top, which can easily rupture. Furthermore, evaporation saps bubbles' strength. Plastic particles cling to water in the everlasting bubbles, maintaining the thickness of the film. The glycerol in the air blocks evaporation by absorbing moisture.

Also read | Will work for food: Company trains crows to pick up trash from streets

We were amazed when the bubble didn't rupture even after days, says Michael Baudoin of the Université de Lille in France.

In order to gauge how long the bubbles would last, he and his colleagues watched them closely. They waited and waited, and waited. The longest-lived bubble ever created under normal atmospheric conditions lasted 465 days before it burst.

Before it finally burst, that bubble turned slightly green, an indication of what finally caused it to pop. According to the team, microbes took residence in the bubble, weakening its structure.

Leif Ristroph, a professor at New York University who wasn't involved in the study, says such anti-evaporation technology could be useful in medicine. Speaking to NBC he said, “I’m daydreaming here, but I could imagine it might be useful to ‘armor’ little droplets in aerosols and sprays to make them last longer in air…For example, some sort of medicine that’s administered by spraying and breathing in the aerosol.”