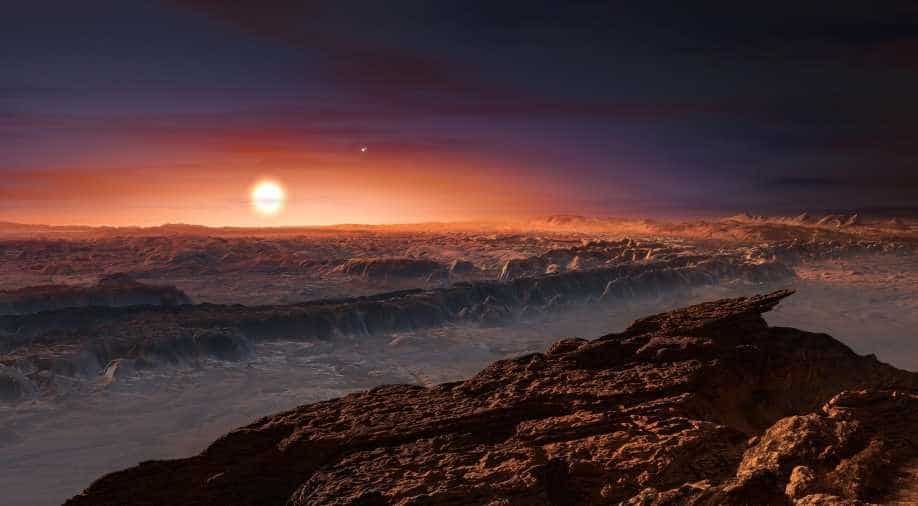 Proxima b is located within the habitable zone of its star, meaning that liquid water, and the suggestion of life, may be possible on the planet's surface.

Astronomers have confirmed the existence of Proxima b, an Earth-size exoplanet orbiting the closest star to the sun.

The researchers determined that Proxima b is 1.17 times the mass of Earth and completes an orbit around its star, Proxima Centauri, every 11.2 Earth days.

The star, Proxima Centauri, is 4.2 light-years from the sun. Previously, scientists using the HARPS measurements said it was 1.3 Earth masses.

"Proxima b is a very special guy among all the known exoplanets: the closest exoplanet there will ever be to us, terrestrial in size, and within the habitable zone," said Christophe Lovis, study coauthor and researcher in the University of Geneva's astronomy department.

"In spite of the clear detection achieved by HARPS in 2016, it was necessary to have an independent confirmation from the new and much more powerful ESPRESSO, to lift any remaining doubts there could have been.

The study results were published last week in the journal Astronomy and Astrophysics.

Proxima b is 20 times closer to its star than Earth is to the sun. Proxima Centauri is a low-mass red dwarf star, which means that even though the planet is close to the star, it receives similar energy that Earth does from the sun.

Proxima b is located within the habitable zone of its star, meaning that liquid water, and the suggestion of life, may be possible on the planet's surface.

However, Proxima Centauri is an active star that lashes the planet with X-rays, 400 times more than Earth receives from the sun. This could impact the chances for water and life on the planet.

The data from ESPRESSO also revealed a second signal hinting at the existence of more planets in our solar system, although the researchers weren't able to definitively detect what caused it.

The signal "may be caused by a planet just 30 per cent the mass of the Earth, which was completely undetectable before," Lovis said. This would make it the smallest planet ever measured using the radial velocity method.