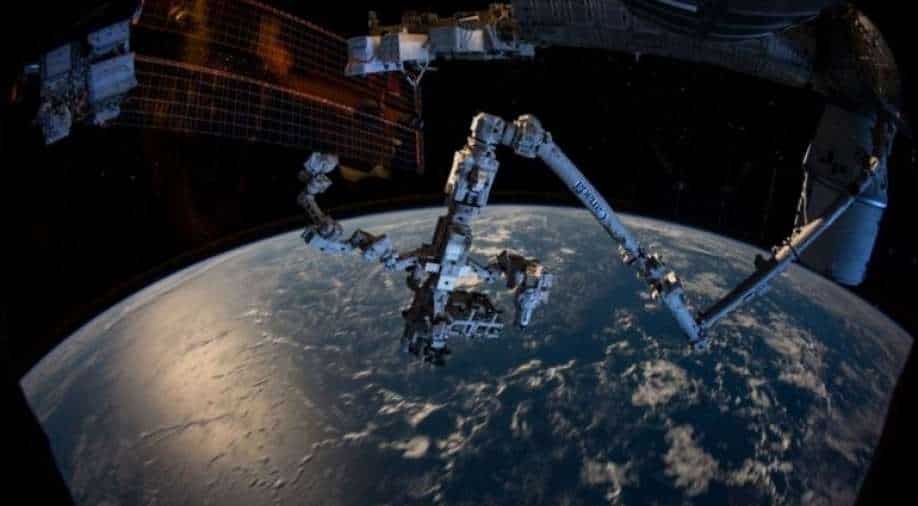 Canadarm2 is seen in this picture, courtesy of NASA and CSA Photograph:( Others )

Repairs in space can be extremely challenging, which why scientists track pieces of debris to steer clear of any collisions that may cause damage

Space debris is becoming a pervasive problem for all scientific paraphernalia in space. Over decades, debris from satellites, rockets, and other space machinery has been locked in Earth’s orbit. Some of this junk remains benign and incapable of causing harm but many objects are large enough to cause significant damage to functioning satellites and even the International Space Station.

Repairs in space can be extremely challenging, which is why scientists track pieces of debris to steer clear of any collisions that may cause damage. After years of contemplating the true danger posed by space junk, the inevitable happened when a piece hit the International Space Station.

The damaged part of the ISS is called the “Canadarm2” - a robotic arm which has suffered a puncture in its thermal blanket and damage to its boom. Fortunately, the damage wasn’t significant enough to cause long-term issues and the arm still remains operational.

The dangers of space junk

Scientists are wary of space junk. In fact, space agencies from around the world are tracking 23,000 pieces of space junk in Earth’s low orbit to avoid any potential collisions. Most of these pieces are smaller than a ball, but still pose damage owing to the speed an object attains in orbit.

There are objects smaller than ball-sized junk orbiting the Earth as well but these are difficult to track.  Canadarm2, officially called the Space Station Remote Manipulator System (SSRMS) was designed by the Canadian Space Agency. It has been on the ISS for two decades.

Also read: What if space junk and climate change become the same problem?

The primary goal of this titanium robotic arm is to move objects outside the station and to assist in maintenance of the station. The damage was first noticed on May 12 during an inspection. NASA and CSA worked together to assess the damage. In a blog post, the CSA ruled that the arm’s performance remains unaffected.

But the danger posed by space junk still persists. Just last year, the ISS had to perform three emergency manoeuvres to avoid collision with space debris.