#WIONSpecial | In his own words: Why former Opera CEO left his own company 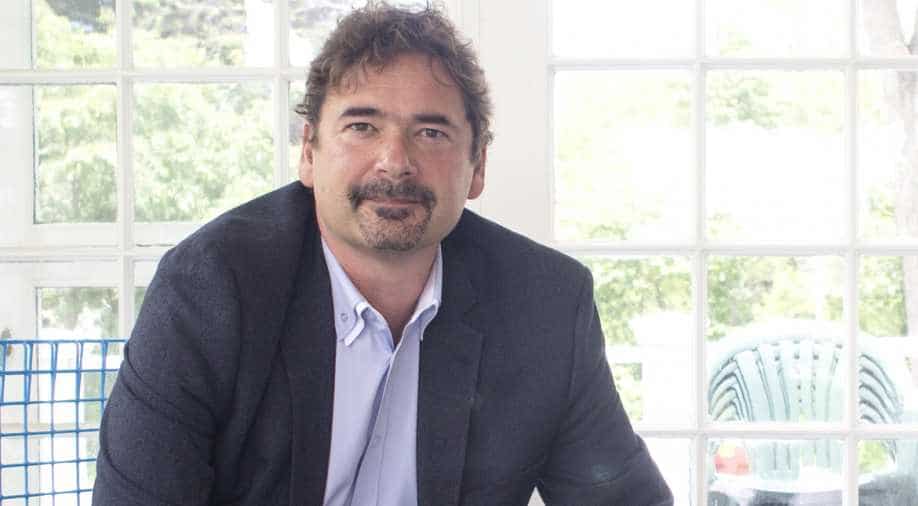 It was a few weeks ago when I got an invite asking if I would be interested in an interaction with former Opera CEO Jon Stephenson von Tetzchner, who is now the CEO of Vivaldi Technologies. I had no reason to say a no because there was a lot to know and understand. A lot to find out about Jon’s not-so-smooth exit from Opera - a company that he co-founded, about his new venture Vivaldi that happens to be a direct rival to Opera, and about his determination to begin a startup - once again.

In what is otherwise a rare thing to happen in an interview with a CEO, Jon spoke his heart out in an hour-long conversation with WION and comfortably talked about his journey so far.

We are dividing the interview into two parts - part 1 and part 2 - for you to have a good read of the long interview.

In the first part of the interview here, we bring you key reasons that made Jon leave Opera, how all of this left him saddened and flustered, how he finally managed to move on afterwards, and what ultimately drove him to be back in the browser race.

WION: When you quit in 2011, you cited differences, precisely, strategic differences, with the management and the board as a reason of your resignation. Could you tell us that what exactly happened? What were those differences that actually led to your exit?

They wanted us to more aggressively go out and say we would be wanting to be bought, which I didn't want to do.

The investors were thinking that shouldn't we sell the company? And that was in many ways the big thing. They had a short-term focus so they would be able to hopefully get the highest price for the sale. They wanted us to more aggressively go out and say we would be wanting to be bought, which I didn't want to do. If someone comes in and wants to buy the company then we deal with it there and then. But it would destroy our reputation as a company if we go around saying we are up for sale. So I wanted to build a company, they wanted to do something different.

So after I left as CEO, I was around as an advisor. That wasn't a good period. I was starting to see the unravelling of the company in some ways. I had a special relationship with all the employees. We were 750 at that time. And they (investors) started to let people go. And there was no financial reason to do this because we had plenty of money and no debt. So as a company, we were really solid.

So after I left as CEO, I was around as an advisor. That wasn't a good period.

But there was a decision to de-invest the browser and invest rather in mobile advertising. And this is something that I disagreed with. I believe that Opera had a very strong foothold. There was a lot of potential for growth. We had set ourselves a goal of having half a billion users by the end of 2013. That was a stated goal and that goal didn't happen because the core of the company was cut significantly. For example, there is a Chinese consortium buying the old browser business. They are not getting 750 people, they are getting less than 400 people, which tells you how many people that have been obviously let go over the years. And a very talented team has been gradually dismantled.

WION: As you said there was a lot of potential to grow and Opera was doing pretty well back then. So where did this thought of selling the company come from?

Jon: Well, investors always thought this has to end. We can't continue to grow 40-50 per cent every year. The big guys in the US must crush us. So we better sell before it's too late. We need to align with some big guys to be able to survive. So we should find someone that will pay for it. Let's see if we can find a way to have some of these big companies like Google, Facebook, Microsoft have a bidding contest. But again what happened was I quit the company and it has taken them 6 years to sell it. And now they are selling it to a Chinese consortium.

It was a difficult period. I had friends and colleagues calling me, coming and crying on my shoulder.

WION: Was the idea of selling the company the only reason for you to leave Opera or was that one of the key reasons?

Jon: I think that was a key reason. I wanted to focus on the browser and associated things. And clearly that was not what they wanted to do. They tried to sell the company as is. When that didn't work, they started investing in other things. And Opera became more of an investment company. They hold these different companies, but they didn't integrate them. I mean, to me, if you are a company, you buy other companies because you want synergies. If you don't integrate them then you are basically a bank or a financing house. Which is why when they take Opera out of the company, they still have these other companies and they can do that relatively easily because they are not integrated at all.

WION: I don’t intend this to get across as a provocative question. I understand that saying goodbye to Opera must not have been easy for you. Leaving a company that you co-founded at such a note must have left you flustered - if not flustered, perhaps, disappointed. How did you move on then?

Jon: I can tell you that it was a difficult period. I had friends and colleagues calling me, coming and crying on my shoulder. It was not an easy situation for me to deal with. So what I decided was okay, I would move on. This is a new opportunity for me. I am a positive person. So I thought okay now I can live anywhere in the world. I want to try something else. I spent 6 months evaluating my options. And I ended up actually moving to the US. Well that's a good choice or not that is… We have a great life over where we are living. So, I moved to the US after a careful thinking.

Opera decided to throw away all the work that we had done for 19 years and take the browser in a different direction.

I thought can I be happy being an investor and supporting startups? So I started investing in a number of startups and did that for a while. So this was me starting a new life, moving to a new place. I was selling my shares in Opera. So I could buy or do all those things. So this was a different phase in my life.

But then there was a change. Opera decided to throw away all the work that we had done for 19 years and take the browser in a different direction.

Jon: When Opera went from Opera (version 12) to Opera (versions 13, 14, 15), it became a totally different browser - with very limited features. It was clearly in a very different direction. So I contacted my friends at Opera and said guys I can't understand this.

We always have this close relationship with our users at Opera. They were very unhappy about this situation. So then there was a question what do we do? I didn't have a browser that I could use anymore. And the users didn't have a browser that they could use. And I felt that everyone is going in the same direction. And there is a need for something else. There is a need for someone who thinks in a different way. And from that perspective there was a decision to start Vivaldi.

So that was a difficult decision. If Opera had just stayed more or less on the same path that wouldn't have been an option for me to do.

Opera was dismantling everything that we had done. And then there were always unhappy users.

WION: So you moved to the US and started investing in a couple of startups. For how long did all of this happen? And what actually prompted you to change your mind and come up with a new browser altogether?

Jon: I had a period there. A period of two years where I was basically moving to the US. I was investing in all the companies - mostly in my country of birth Iceland. But also somewhat in Norway and one company in the US. But mostly, startups in Iceland. Iceland was going through a tough economic situation. So I thought if I could actually make a difference there by investing in some companies. And I invested in a number of interesting companies.

But this decision to go and build a browser again was really based on what I saw. Opera was dismantling everything that we had done. And then there were always unhappy users. They dismantled the browser, they threw away the community (We had a community with 35 million visitors a month; they just closed it one day) and things like that. I felt okay, this is not the company that I built - anymore. So from that perspective I thought I will do it again. It wasn't planned. I was, in fact, planning on a slightly less frantic lifestyle, but, on the other hand, I do love what I am doing.

We will soon publish the second part of the interview in which Jon tells us why his companies (earlier Opera and now Vivaldi) have been named around music and shares with us his plans to make Vivaldi stand out in the otherwise competitive browser space.