To conserve forests, we need to think beyond current ideas of integration or segregation 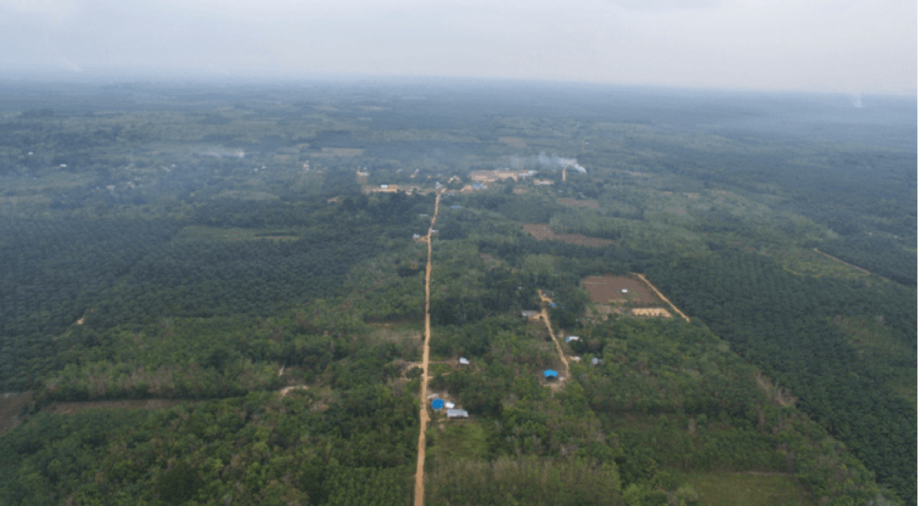 A mix of land use, including oil palm and rubber, in a remote village in the heart of Borneo. (Photo: James Langston) Photograph:( Others )

Where governance is weak and people are poor, forests will not survive unless conservation engages with the process of development, rather than opposes it. ||A balance between conservation and development can only be struck at a landscape ? or seascape ? level.

Deforestation has historically been the price of development, but the world is now going through a forest transition; since 2015, there has been net global reforestation.

The pace and quality of this transition is mixed. In the world’s remaining high conservation-value forests, deforestation rates are high and poverty persists but development opportunities are within sight.

These forests are mainly located in the tropical developing world and have growing human populations. Because as forest-dependent people are increasingly involved in cash economies , they use their forests to participate in markets. This will inevitably lead to changes in forests.

But can these transitions be nurtured so that future forest landscapes deliver the biodiversity and ecosystem benefits that societies need or desire?

It’s not that the world’s remaining forests are pristine and untouched. Humans have shaped and domesticated the remote Amazonian and Bornean and Congo Basin forests for millennia; all forests are the result of human actions.

Humans have shaped and domesticated the remote Amazonian and Bornean and Congo Basin forests for millennia; all forests are the result of human actions

But as development pressures and the rate of globalisation increase, and as market and cash economies spread, changes in forests are intensifying. Forest clearance and disturbance has seen biodiversity decline and ecosystems suffer.

Conservationists typically respond to this in one of two ways. They either tackle the threat head on and try to counter it (classic threat-based conservation). Or they hand over forest management to local people (community-based forestry).

This latter is a recent popular trend and it’s based on the assumption that locals will take care of biodiversity.

But neither threat-based conservation nor local management has proven successful for preserving forests. Tropical forests are still subject to high deforestation rates in less developed countries and conservationists lament the ongoing decline in biodiversity and ecosystems.

These forests are home to many thousands of people, who often have few economic opportunities. What is their future; what will happen to their forests; and where do they fit in future strategies for conservation?

Romance vs making a living

Some conservationists assume that forests will be preserved by forest-dependent people because they’re content with their “traditional lifestyles”, disconnected from cash economies and living in romanticised sustainable communities.

And rights groups point out that people living in forests often have insecure land rights, lack freedoms and power, and are victims of land grabs by companies and governments. They say fixing these requires handing forests completely over to local communities.

Under the influence of their assumptions, rights-based and conservation groups both argue – perhaps implicitly – that communities, given the opportunity, will manage forests in a sustainable way.

Recently, even “green-black” alliances, where conservation groups and Indigenous rights groups collaborate over shared goals, have been shown to be problematic. Indigenous groups and local communities may not manage their forests to conserve biodiversity or, for that matter, the climate change mitigation values of the forests.

In spite of the lack of evidence that local management will lead to conservation, development organisations, NGOs and governments have mobilised vast sums of money to turn the management of lands over to local people.

But a slew of recent articles explains why local management is not a panacea.

In general, forests managed by local people will only deliver benefits when this doesn’t conflict with short-term economic interests

Communities and indigenous people would, of course, like to see forests, nature and biodiversity - and in abundance. But their priority, like that of most people, is improving their own well-being and that of their children. This means making choices.

Data from Indonesia, the Congo Basin and Brazil show that, in general, forests managed by local people will only deliver benefits when this doesn’t conflict with short-term economic interests.

To local people, tackling threats to forests is seen as opposing development and will continue to fail. Opposing new roads in areas where people are deprived of development opportunities, for instance, is clearly not a viable way forward.

Where governance is weak and people are poor, forests will not survive unless conservation engages with the process of development, rather than opposes it

But the alternative strategy of handing management over to local people in the hope that they will protect biodiversity is also not realistic. If the only options on offer are forest protection or development at their expense (plantations, for instance, or mines and agriculture) then most people will, naturally, choose the latter.

Where governance is weak and people are poor, forests will not survive unless conservation engages with the process of development, rather than opposes it.

Current efforts, then, can be seen as seeking to conserve the forests of the past. But what we need is to transition to future forested landscapes that will meet the needs of the 9.5 billion resource-hungry people expected to populate the world by 2050, as well as conserve biodiversity and ecosystem processes.

The binary approach of integration or segregation is thus misleading. Strictly protected areas are essential but they will have to be part of a matrix of landscape components that provide for increased prosperity and sustainability.

A balance between conservation and development can only be struck at a landscape – or seascape – level. This approach brings together stakeholders and aims to balance the multiple – and sometimes conflicting – objectives in a landscape or seascape.

It’s mindful that local peoples’ needs and aspirations change with time. People living near forests will say their preferred future includes the continued existence of forests and therefore, biodiversity and intact ecosystems. The challenge is to achieve this alongside improvements in livelihoods.

Blueprints and roadmaps are useless, then, unless they reflect and satisfy local development needs. Continual learning and adaptation is needed to work with changing priorities on both the local and global scales.

Only once local management coalitions explicitly acknowledge trade-offs, when winners and losers are clearly identified prior to any intervention, and local peoples share a commonly agreed path to their future, can we better nurture forests.

James Douglas Langston is a PhD Candidate and Demonstrator in the Development Practice Programme at James Cook University.