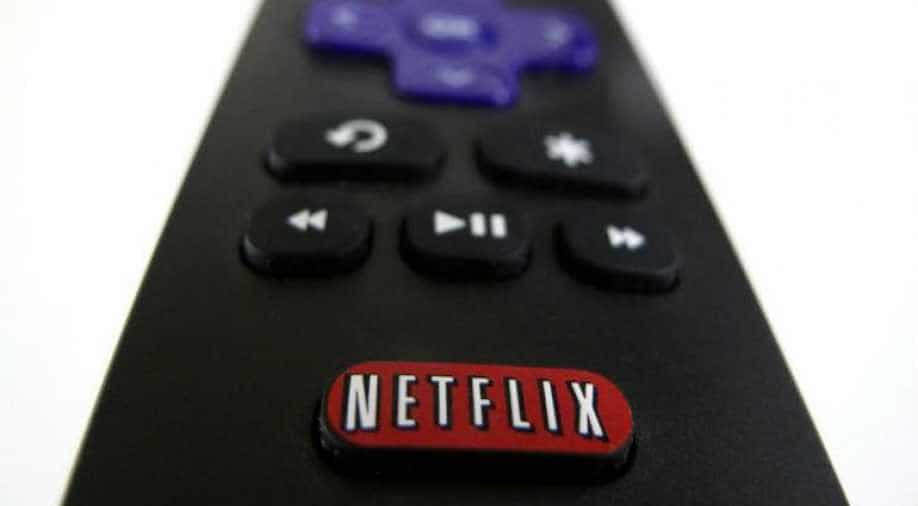 The Netflix logo is pictured on a television remote in this illustration Photograph:( Reuters )

With over 90 per cent of its cash sitting overseas, a one-time 10 per cent repatriation tax would give Apple $220 billion for acquisitions or buybacks.||The other potential acquisition targets could include Activision Blizzard, Electronic Arts, Take Two Interactive Software and Hulu.

Citigroup listed seven companies as potential takeover targets for Apple, including Netflix, Walt Disney and Tesla, as a way to put its cash hoard of more than $250 billion to work.

With over 90 per cent of its cash sitting overseas, a one-time 10 per cent repatriation tax would give Apple $220 billion for acquisitions or buybacks, Citigroup analyst Jim Suva said in a note to clients.

US President Donald Trump's tax blueprint, which was unveiled last month, proposes allowing multinationals to bring in overseas profits at a tax rate of 10 per cent versus 35 per cent now. "Since one of the new administration's top priorities is to allow US companies to repatriate overseas cash at a lower tax rate, Apple may have a more acute need to put this cash to use," Suva said.

Under pressure from shareholders to hand over more of its cash hoard, Apple recently boosted its capital return program by $50 billion, increased its share buyback program by $35 billion and raised its quarterly dividend by 10.5 per cent.