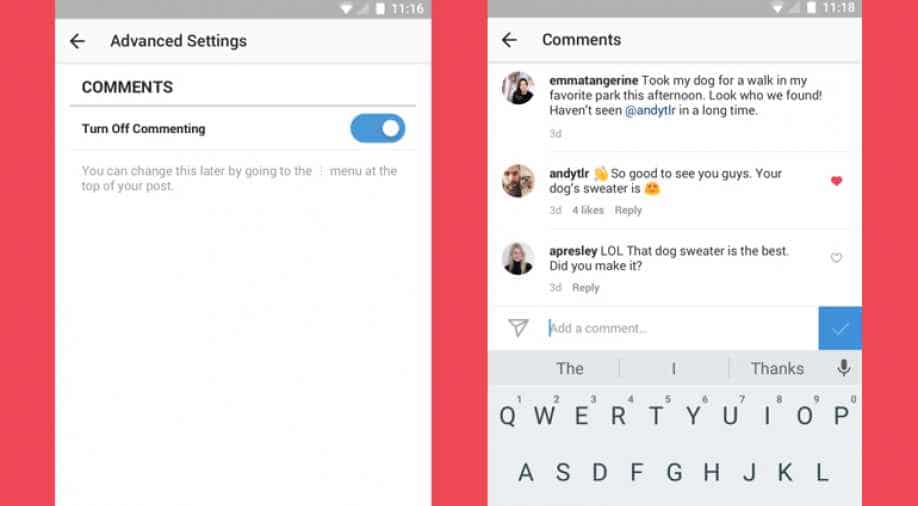 This picture features screenshots of Instagram's new features. Photograph:( Others )

Instagram has announced new features that will give users more control over comments.

After offering users the ability to filter comments based on keywords, the company is now letting them turn off comments on their posts.

“Sometimes there may be moments when you want to let your post stand on its own. Previously this was only available for a small number of accounts. In a few weeks, it will be available for everyone,” said Instagram in a blog post.

To access this new feature, users need to tap “Advanced Settings” before they post and select “Turn Off Commenting.” Alternatively, users can also tap the vertical three-dot button any time after posting to turn commenting back on.

Also, the company will soon allow users to like comments by tapping a heart icon next to any comment.

Besides, the company is giving users a new way to control the Instagram account. As the company explains, some people on Instagram choose to have private accounts, which means they approve each follower. In the past, once the user approved a follower, there was no simple way to undo that decision without blocking them.

But now, if the user has set an account to private, he can remove followers. The person who is removed from the list of followers, however, will not be notified about it.