Unfolding the spirit of Wuhan: Relations between India and China are on the move 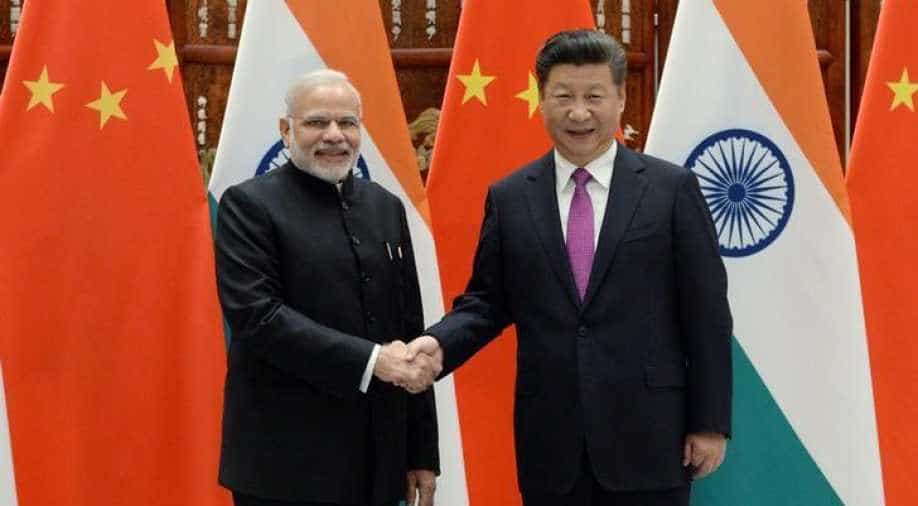 Relations between India and China are on the move and the credit for this goes to both Prime Minister Narendra Modi and Chinese President Xi Jinping.

It was after 10 years that I visited China. Capital Beijing has undergone a sea change, even though Sino-Indian relations have yet to achieve dizzying heights.

Beijing is booming with sky scrapers, once the prerogative of Shanghai. Gone are the days when it was termed as the city of bicycles; today latest models of cars zip through its boulevards.

Developments in Beijing, as far as Sino-Indian ties are concerned, can be summarised as being pre and post-Wuhan summit between Prime Minister Narendra Modi and Chinese President Xi Jinping.

The memory of Doklam is still fresh in Indian minds. The stand-off between India and China dominated much of 2017 until the Wuhan summit – the first informal summit between Modi and Xi in April, 2018.

Doklam was one of the biggest military standoffs in recent history between the two Asian giants. Talking to a cross section of Indian and Chinese leadership, it is evident that both sides want to move faster on the understanding reached at Wuhan.

The second round of the informal summit between Modi and Xi is slated for October 2019, the likely venue for this meeting being Varanasi. But before this, border talks between special representatives of India and China will be held. This is the first Sino-India meeting of Modi 2.0 and will be led by National Security Adviser Ajit Doval and Chinese Foreign Minister, Wang Yi.

Apparently, India is examining certain proposals put forth by the Chinese side, and in the words of Chinese Foreign Minister Wang Yi, are “Looking for early harvest”.

Officials, witness to the Wuhan Summit, say that both leaders had hit it off quite well. They spent a considerable time alone, in the company of interpreters, but minus officials. This has helped both to understand each other well and away from stated positions, which officials usually insist on before any big meeting.

Both Modi and Xi are strong leaders and realise that if the two nations need to progress faster, they have to first close ranks. And this is the direction that the relationship between India and China is moving.

One can draw this inference from the fact that officials were open to discuss issues more elaborately than at any point of time earlier. As one observer said, instructions from Xi have gone down the Chinese official hierarchy and they are following it to the minutest detail.

The fact is the President Xi has travelled only twice outside Beijing to host a foreign leader and that is for Modi.

The second issue, Sino-India relations viz-a-viz Pakistan, is connected to the first. China’s relations with Pakistan is parabolically described as ‘Iron Brother’. But let’s examine this in the light of pre and post Wuhan. China has started to appreciate India’s position viz-a-viz terrorism and agreed on designating Masood Azhar as a global terrorist. There was tremendous pressure from Pakistan on China, but eventually it sided with India.

On the recent developments in Kashmir, India explained its position to China. A statement by MEA said that the “EAM (S Jaishankar) also stressed that the future of the India-China relationship will obviously depend on mutual sensitivity to each other’s core concerns” - India’s sensitivity is “Kashmir”, while for China is implies “Taiwan, Tibet and Hong Kong”.

The MEA went on to add that changes in Kashmir, “Had no bearing on Pakistan as it was an internal matter. It did not impact the LoC.”

The Pakistan Foreign Minister’s dash to Beijing, just ahead of Indian External Affairs Minister’s visit, almost crying and pleading with China, resulted in Beijing taking up the issue with India. This is probably one of the reasons why China went along with Pakistan at the informal meeting at UNSC on Kashmir. It had more do with pacifying Pakistan.

Of course, it would be naive to imagine that Beijing is moving away from Islamabad. Economic considerations weigh heavily on China’s mind with President Xi’s ambitious CPEC project currently underway in Pakistan. Also, Beijing will not want its ally to fall into US hands, which is why it is in her interest to continue shielding Islamabad.

Jaishankar, during his trip to Beijing, stressed that “the economic relationship had seen some progress, but the increasing trade deficit was a matter of concern.’’ India is keen that the Chinese side take steps to address this imbalance by enabling greater access for Indian pharmaceutical and IT products and services in the domestic Chinese market.

The trade potential remains vast. With the US-China trade war looming, there are opportunities for both the countries.

Relations between India and China are on the move and the credit for this goes to both Modi and Xi. As both countries get ready to celebrate the 70th anniversary of their diplomatic ties, the only way forward is to move ahead.

Direct contact between the political leadership, officials and even the two militaries, will carry forward this momentum.

The Wuhan effect is reflected across the spectrum of relationship between India and China. With the second informal summit due in just over a month, can it provide the impetus needed and will China stick to the Wuhan course?