Nepal’s menstrual huts: What can be done about this practice of confining women to cowsheds? 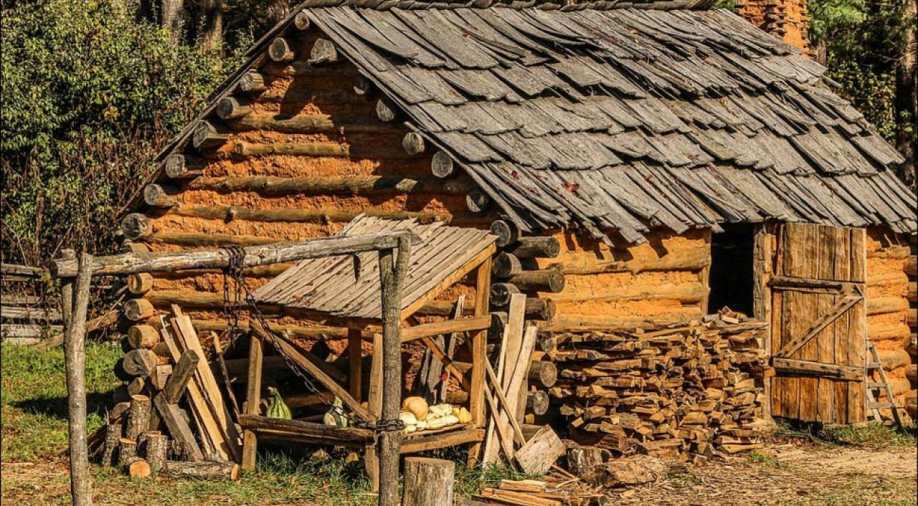 Chhaupadi (menstrual huts) is an extreme example of the stigmas and restrictions around menstruation that exist not only in Nepal, but also globally.

By Sara Parker and Kay Standing

The tragic recent deaths of a mother and her two sons in a chhaupadi hut in Nepal has again brought the issue of this exclusionary practice to the forefront of international human rights and media attention.

Despite being illegal, chhaupadi, the practice of exiling menstruating women and girls from their home – often to a cow shed – is still practised in some areas of Western Nepal. Chhaupadi is an extreme example of the stigmas and restrictions around menstruation that exist not only in Nepal, but also globally. The recent protests at the Sabarimala temple in India, which women of menstruating age are not allowed to enter, is another example of menstrual pollution beliefs.

The image of menstruating women and girls being forced to leave their homes and be confined to a cowshed dominates media coverage of the issue in Nepal. But this view oversimplifies what is a much more complex issue. Chhaupadi is not only limited to the physical practice of sleeping in a shed – it goes beyond this to include deeply rooted cultural beliefs about impurity, which see women and girls as inferior, and lead girls to internalise these feelings. Girls are told they are impure form a young age, which can have a damaging effect on their psyche and sense of self-worth.

Many NGOs and activists are destroying the sheds – and the Nepalese government has introduced new penalties and sanctions, such as removing state food support and other services. While this might seem like a welcome move, in some areas, there are reports that this can make it more dangerous for women and girls as instead, they sleep outside in caves or the jungle without shelter or mosquito nets. These practices are deeply ingrained in culture and society, so many women may leave their homes despite sanctions for fear of bringing harm if they don’t.

Tham Maya Thapa, Nepal’s minister for women, children and senior citizens, believes it will take time to end chhaupadi. This is a custom that has been deeply entrenched in Nepalese society for hundreds of years.

What can be done?

Nepal is an exceptionally diverse country of 125 ethnic groups. To tackle chhaupadi, a nuanced understanding of how menstrual practices and beliefs differ among varied religious and ethnic backgrounds is required. Although chhaupadi hits the headlines, there is no one all-encompassing single narrative on menstruation in Nepal.

We have been researching gender, education and gender-based violence in Nepal over the past 25 years and are working on a project on the origins of menstrual beliefs and practices which explores the diverse range of beliefs, practices and historical and cultural roots which underpin menstrual health customs in all seven provinces of Nepal.

We are working with local organisations and activists such as Radha Paudel, to challenge menstrual stigma, as a deeper understanding of the diverse menstrual practices beyond chhaupadi is needed to do so. Our previous research has highlighted a range of stigmas and restrictions, such as not being able to visit the temple and participate in religious ceremonies, as well as being forbidden to look in mirrors, cook, or have any contact with men. Because while chhaupadi is a serious human rights issue, other issues of gender-based violence, such as sexual violence and domestic abuse do not get the same widespread media coverage.

A range of academics and activists are challenging the media representation with photography, film and art which empower women and girls to speak out about their experiences. These can be powerful tools, ensuring that the voices of women and girls are heard and highlighting that women and girls can be active agents of change, rather than simply passive victims of oppression.

Collaboration with local communities and partners is key to changing attitudes, and this can be done using participatory and creative methods. For example, a team of experts from the University of Pittsburgh in partnership with Nepal Fertility Care Centre used collaborative filmmaking to include girls in the conversation around menstruation.

The girls who made the film have gone on to be advocates for change and are challenging menstrual stigmas and taboos in their community. Bringing them to Kathmandu increased the confidence of the girls, and engaged policymakers, government ministers and NGOs. The film received an international audience at the Kathmandu film festival as well as media coverage.

Meanwhile, the MenstruAction conference in Kathmandu in December 2018 brought together local expertise working towards challenging stigmas and restrictions and enabling and empowering women to realise their sexual and reproductive rights and their basic right to be free from harm and discrimination. Government ministries need to engage in these events and work together with grassroots activists to promote change.

Complex problems require complex solutions. Menstruation is often framed as a “health and hygiene” issue, but a range of actors are needed to bring about long-term change. The media have a role to play in raising awareness, too – but they must be careful not to sensationalise the issue, and to also listen to – and report – the voices of activists and change-makers in the community.

Only when we put women and girls and their voices at the centre of research, policies and interventions, can we truly understand the nuanced nature of the deeply embedded practice of chhaupadi.