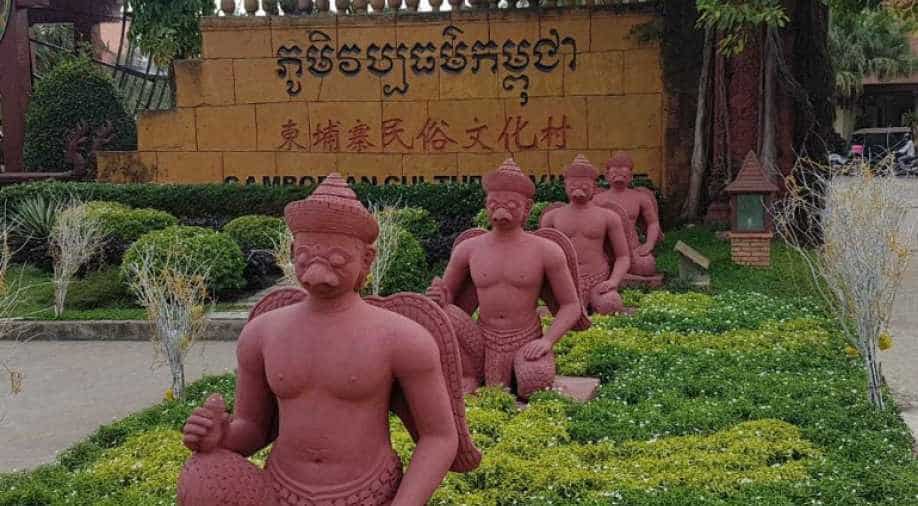 India too was mauled by China and Pakistan on the borders, but civil society remained immune from massive disruption

With time lot of things about a country’s past get sidelined to the margin of collective memory. Sometimes it is done purposely and sometimes it happens without intent. Cambodia is a mixture of both.

Unlike India which saw political stability after independence, Cambodia could never enjoy this luxury. It was invaded by neighbours and then mauled from inside by vicious Khmer Rouge regime which massacred its own people and put millions into rural gulags who ultimately ended up in unmarked graves.

Even today, the remnants of turmoil end up on front pages. The memorial inaugurated by the Prime Minister of Vietnam Hun Sen in Phnom Penh is contested by many as treason.

The PM argues that Win-Win Memorial had made the country peaceful in the last 20 years. The contrarians argue that it means that the country has ended up acknowledging Vietnamese neo-colonialism. The locals argue that the memorialisation of Vietnamese troops to overthrow the Khmer Rouge is akin to remembering helplessness of the government. It's internal affair of Cambodia but triggers many memories for me.

India too was mauled by China and Pakistan on the borders, but civil society remained immune from massive disruption and civilians being eaten by its own regime or brutally assaulted by neighbours because of new geopolitical reality.

It is, therefore, a relief to understand that Gandhian mode of national struggle impregnated a sense of civility in public life among Indians. Since non-violence in political life was treated as a virtue only fringe groups resorted to political violence in India. Even left-wing extremism could not break India’s framework as large swathes of land believed in electoral democracy which forced the Left to treat elections as tactical if not the ultimate goal in the long run.

Every time, I go abroad, I look back at disbelief about the debate we have continued in our country on how the nation was betrayed at birth.

Indian leaders did make huge mistakes. The nation paid the cost. Be it under-preparedness when it came to China or economic re-orientation, but the nation never slid into anarchy. The national consensus which the freedom struggle built created a framework which people at large adhered. It subsequently manifested through our Constitution. Be it providence or pure luck, India managed to take a different path from most of the African and Asian nations who underwent colonial rule in the 19th and 20th century.

Despite being a great power even today China cannot boast of a robust political environment. Till today, it has not put to rest the ghosts of cultural revolution.

So those who believe that India could have been different if its leaders had been different must travel to south-east Asia and some of the African countries to understand that Gandhi’s principle of nonviolence, egalitarianism and liberal values propagated by Nehru, strong framework of administration provided by Patel and our beautiful Constitution birthed by Ambedkar which stood the test of time.