BJP set to retain both Maharashtra and Haryana 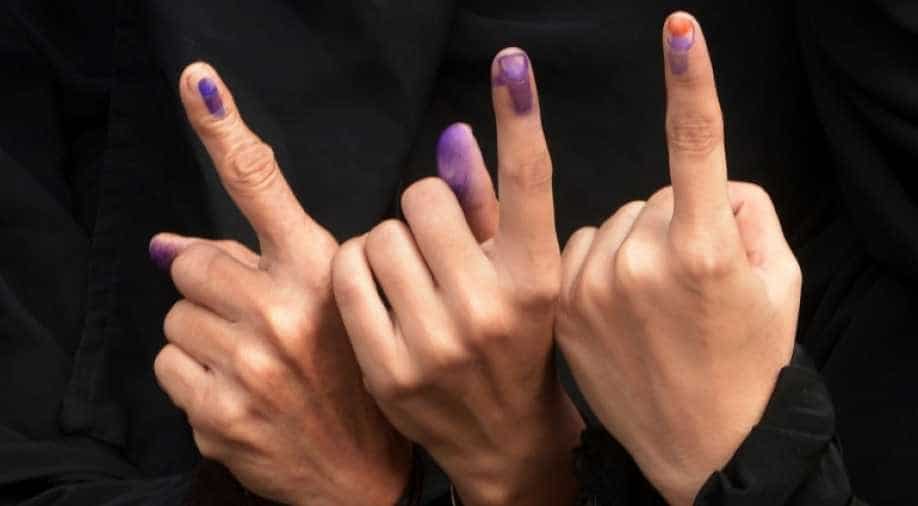 Maharashtra and Haryana are two such states where results are a foregone conclusion and what is being discussed is the margin of victory for BJP.

An election process has rarely kick-started on such a tame note.

Maharashtra and Haryana are two such states where results are a foregone conclusion and what is being discussed is the margin of victory for BJP.  In both the states, Opposition is in complete disarray. Haryana is the worst of the lot where an anti-Jat polarising figure and former chief minister Bhupinder Singh Hooda is back as the leader of the Congress Legislative Party (CLP) after arm twisting Sonia Gandhi.

It helps Haryana Chief Minister ML Khattar as it becomes easier for him to remind the non-Jat population of Haryana of riots, which shook the social fabric of the state three years back.

Senior Congress leader Randeep Singh Surjewala has been camping in his constituency for the past three months lest he loses elections. It is a testimony to the fact that how badly Congress is positioned in the state.

It is one state which went without district committees for years and then without a General Secretary in-charge for months. On the other hand, Lok Dal is completely fractured as family feud has destroyed the party.

Maharashtra, on the other hand, marks complete domination of BJP.

From a junior partner in 2014, BJP rose to become the senior partner in the alliance and displaced Shiv Sena. Despite public rants, Uddhav Thackery couldn’t do much and had joined the alliance fearing that his party would split. Post Lok Sabha election results, both NCP-Congress has witnessed desertion of senior leaders from their respective parties.

Sharad Pawar’s grip too has loosened over time and proposal that NCP must merge with Congress has gained ground. Shiv Sena, on the other hand, is being led by young Aditya Thackery who is no match to the machine which BJP has become in the state. So, both states will remain where they are.

BJP broke the electoral calculus of the Congress in both Haryana and Maharashtra. Khattar is a Punjabi and Devendra Fadnavis is caste Brahmin. The electoral dominance of Jats and Marathas stands in tatters in both the states. Marathas have been accommodated through quotas and are unlikely to shift allegiance en masse to NCP-Congress again. So, the question is which are the issues that will dominate the elections?

In all probability, the economy is the word. The Opposition is expected to focus on jobs and campaign would be kept low key and area-specific. Keeping Sonia Gandhi’s age and health in mind, she is not expected to campaign much. There is also a question on active campaigning by Rahul Gandhi.

But these elections are also important for Prime Minister Narendra Modi. A bad performance will be read as a direct result of the economic slowdown. It will allow Congress to sharpen its pitch on the current economic woes.

But there is a catch. Post demonetisation, elections in Uttar Pradesh were held. A lot of pundits had argued that demonetisation would arrest Modi wave as the process genuinely pinched people and almost arrested rural economy. Exactly, the opposite happened. BJP won more than 300 seats in Uttar Pradesh and came back to power after 15 years. So, the chances are that the economy will not be a big issue in the states and local issues will dominate. If that happens, it will add to Modi’s strength.

Last time around when I went to Jind during by-elections, the key take-way for me from Haryana was that Jats are the new political untouchables and Khattar has gained immensely by breaking job mafia which operated on the caste lines. BJP swept Jind and Congress came third.

In Maharashtra, Maratha stir had destabilised the state government but with quotas, it has become a non-issue. The health of NCP has declined and will be in no position to help Congress in the state. Lastly, the big irony is that Shiv Sena has taken up more public issues than NCP-Congress combine which has not been able to get out of the anti-Modi political mindset.

Bottom line is that the country needs a robust Opposition with a clear and positive mandate and Congress by not able to settle its own house on the issue of leadership may end up strengthening BJP further.