Women in Arab countries find themselves torn between opportunity and tradition 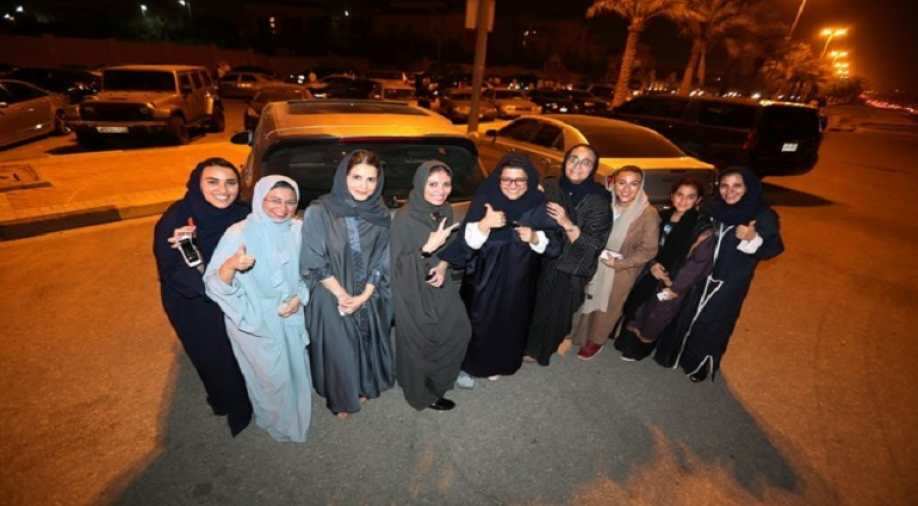 Women must find their own ways to balance newfound freedoms with existing social and religious pressures.

Arab women, long relegated to the private sphere by law and social custom, are gaining new access to public life.

All countries of the Arab Gulf now have workforce “nationalisation policies” that aim to reduce dependency on migrant labour by getting more women into the workforce. Saudi Arabia set a goal of 30 per cent female labour participation by 2030. In Kuwait, female citizens outnumber male citizens in the workforce. And across the Gulf, women outnumber men in higher education enrollment.

Women are making political inroads in the region, too. In Qatar, four women have been appointed to ministerial positions since 2003. Eleven women have held cabinet positions in Kuwait since 2005, including the health minister, transportation minister and finance minister.

Even Saudi Arabia, which notoriously restricts women’s rights, reformed the guardianship system that grants authority over women to their male relatives. Since August 2019, women may obtain passports, travel abroad and register marriages and births on their own.

These changes have real-world benefits for Arab women, giving them greater economic independence and a voice in domestic and international affairs.

But Arab Muslim women in the Middle East still face substantial social and legal inequalities. Even as governments in the region tout female advancement abroad, my research on women in the Arab Gulf finds, at home, they still enforce traditional gender roles.

Women as symbols of Islam

The discovery of oil in the Arab Gulf in the 1930s turned these Islamic monarchies into global players. One result of this globalisation was that Western leaders put pressure on the region to “modernise” their laws and customs.

Championing women’s advancement is one way Gulf rulers can present a positive international image. This helps maintain good political, military and trade relationships with Europe and the United States and allays criticisms of human rights violations.

In recent years, Arab Gulf women have also fought hard for their rights. Saudi women successfully campaigned for the right to drive, which was granted in 2018. In Kuwait, activists are now pushing for better protection against domestic violence.

But Gulf rulers still need the support of conservative citizens and influential religious leaders, too. And these sectors of the population have repeatedly raised fears of Westernisation threatening local language, dress styles, food and cultural traditions.

One way Gulf rulers manage this tension, I’ve found, is by promoting Quranic interpretations that relegate women to traditional roles like bearing and raising children and caring for their families. Celebrating women’s domesticity is an easy way to signal their government’s commitment to what they consider Islamic values.

In Qatar, for example, the National Vision 2030 – an economic and social development blueprint – states that “Qatar has maintained its cultural and traditional values as an Arab and Islamic nation that considers the family to be the main pillar of society.”

And the Qataris propping up this pillar are women.

“Through their nurturing of language, codes of ethics, behavioural patterns, value systems and religious beliefs, women play an indispensable role in upholding traditional familial and cultural values,” reads a government document building on the proposals laid out in the National Vision 2030.

There are, of course, more gender-equal interpretations of the Quran. Islam itself does not require repressing women.

But throughout history male leaders in the Gulf have associated patriarchal gender roles with religious purity. And clerics, who have significant social and political influence in the region, enforce conservative readings of Islamic law that subordinate women.

For example, women in all of the Gulf states must receive the approval of a male guardian to marry. In Qatar, single women under 25 require permission to travel abroad, and Qatari men can argue in court to stop their wives from traveling. In Saudi Arabia, men can file a “disobedience” complaint against female relatives for leaving the house without permission.

In Qatar, Kuwait and Bahrain, a man can stop his wife from working if he feels her employment interferes with her domestic responsibilities or religious conduct.

As a result, women in Gulf countries find themselves caught between two contradictory agendas for the 21st century.

Many Qatari women I’ve interviewed say they struggle to balance the conflicting expectations between domestic responsibilities and emerging professional opportunities.

Sheikha, an unmarried Qatari in her late 20s who works as an academic adviser, told me she often wonders: “I have a job and future plans. Why should I marry?”

“I don’t want to say that marriage erases the dreams,” she said, “but sometimes with the family commitment you can’t do it.”

Qatari women like Sheikha tend to face significant social pressure to settle down and have children by a certain age and to make sure their education and career goals do not get in the way of domestic responsibilities.

Not all the pressure is external. Many women I met hold conservative views on marriage and the family, too.

“I started work when my last daughter got married,” Amina Al-Ansari, an associate professor at Qatar University, told me. “Before that, I took care of the house and kids.”

Al-Ansari, like all 15 Qatari women I interviewed, believes caring for the family is a woman’s religious duty.

Still can’t have it all

Conservative Qataris also view women working or studying in a gender-mixed environment as a violation of Islamic values and a sign of Westernisation.

As political and religious leaders in the Gulf push their national agendas, women must find their own ways to balance newfound freedoms with existing social and religious pressures.

“There is always development, improvement, but always tradition, religion, and culture,” the professor, Al-Ansari, told me, summing up these tensions.

“We are living under the umbrella of religion.”