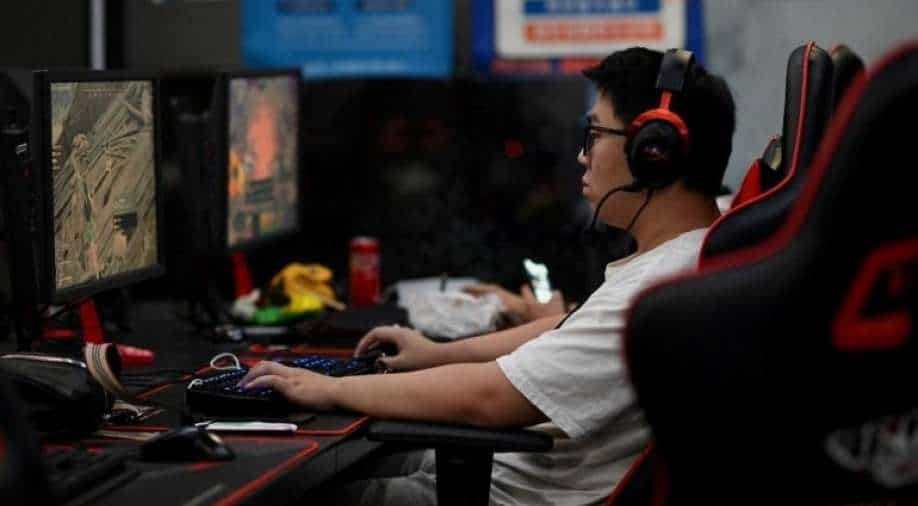 A man plays an online game at a computer shop in Beijing on August 31, 2021, a day after China announced a drastic cut to children's online gaming time to just three hours a week in the latest move in a broad crackdown on tech giants. Photograph:( AFP )

According to a notice from the Chinese regulator for video games, the National Press and Publication Administration (NPPA), children under 18 years of age can now play video games for only three hours a week. The days have been specified too  — Fridays, Saturdays, and Sundays, and so are the hours — only between 8:00 pm and 9:00 pm.

As a kid, I enjoyed playing video games. Usually, I would play for a defined period, but there were days when I would lose track of time and go on to play for hours.

And that’s when my parents used to intervene and exercise their authority — they were the only regulators I knew as kids in matters related to video games.

But in China, it’s the government that determines the gaming time for children. The country has announced some strict measures to deal with children's gaming addiction. But there is more to it than meets the eye.

China is known worldwide for censorship and strict Internet regulations. Living up to its reputation, the country is out with its new set of rules for the online world.

This time, the target group is children. The country has announced a drastic cut to children's online gaming time.

According to a notice from the Chinese regulator for video games, the National Press and Publication Administration (NPPA), children under 18 years of age can now play video games for only three hours a week. The days have been specified too  — Fridays, Saturdays, and Sundays, and so are the hours — only between 8:00 pm and 9:00 pm.

Gamers are required to use their ID cards when registering to play online; this is to ensure minors don't lie about their age. On school holidays, children will be allowed to play a little longer. The allocated time set is 60 minutes per day.

There are directives for companies as well. They are prohibited from offering gaming services outside the stipulated hours.

According to the regulator, gaming companies must ensure they have put real-name verification systems in place. The aim is to curb addiction in the gaming-crazy nation.

China believes that gaming addiction in the country has affected studies and normal life - a problem numerous parents have to deal with.

China’s National Press and Publication Administration (NPPA) states — "Protecting the physical and mental health of minors is related to the people’s vital interests and relates to the cultivation of the younger generation in the era of national rejuvenation."

China has had a long history of intervening in the country’s booming online gaming industry. In 2018, regulators stopped issuing video game licenses for more than eight months.

The idea was to trigger a sell-off among investors in Chinese companies that provide such services. It was a significant blow to the lucrative industry.

In 2019, China had limited the length of gaming time for under-18s to 1.5 hours on any day and three hours on holidays.

And in 2021, there are new rules. These are getting a mixed response from people in China. Some users express support for the measures, while others say they are surprised at how drastic the rules are.

On Weibo, China’s answer to Twitter, one user says: "This is so fierce that I’m utterly speechless,"

There are people who criticise government interference as being "unreasonable" and "arbitrary".

Targeting the Chinese government, one user sarcastically comments: "Why don't you plan when I go to the toilet, eat meals and go to bed,"

Others express doubt that the restrictions could be enforced. One user asks: "They will just use their parents' logins. How can they control it?

As Chinese regulators continue cracking down on the technology sector, this comes as the harshest restriction so far on the gaming industry.

China's communist party has been reining in Big Tech and other powerful sectors that draw hundreds of millions of consumers.

There are concerns that technology firms — many of which provide ubiquitous messaging, payments, and gaming services — may have an outsized influence on society. In fact, a state media outlet recently criticised the gaming industry and called games "spiritual opium".

Regulators say they would strengthen supervision and increase the frequency of inspections of online gaming companies to ensure that they follow the regulations closely. So far, there is no clarity on how rule-breakers will be punished.

Be it pop-culture, or big tech, President Xi Jinping and his party have made sweeping moves to rein in the private sector.

They intend to keep a tight leash on any person or industry that's seen as being popular enough to manipulate public opinion. Is this regulation or oppression? I will let you decide.