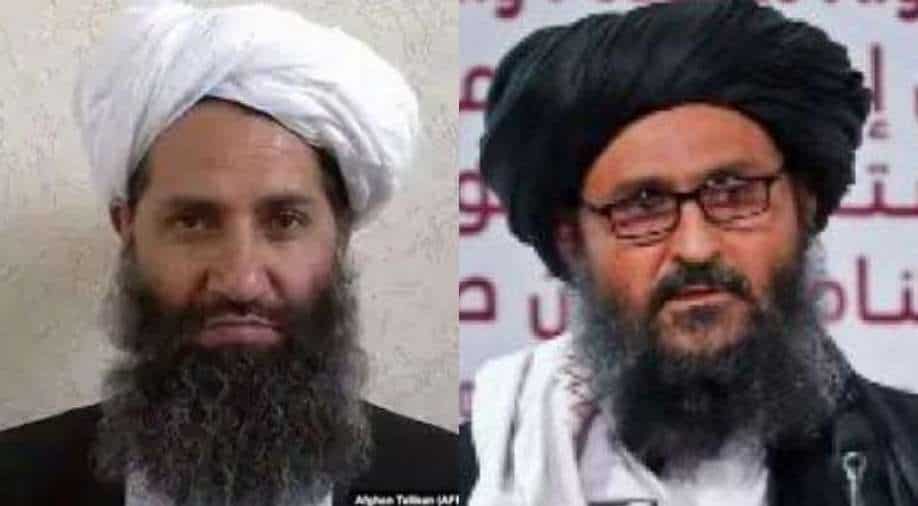 In today’s Afghanistan, women or girls do not have any right to study, take employment, gather peacefully at a place or even walk outside their house without a male escort.

From their first takeover of Kabul in 1996 to their second invasion of Kabul in 2021, the Taliban has changed a lot. The group which was formed in the aftermath when soviet backed Afghanistan government fell in 1992 has not only grown manifolds in the past three decades but also somehow been able to establish itself on the international podium.

Exactly one year ago in August 2021, the Taliban swept entire Afghanistan in no time and ousted the US-backed government of Ashraf Ghani. They initially faced some turbulences in Panjshir Valley but most of the opposition is either wiped out of Afghanistan or has been neutralised paving way for a clear rule for the mercenaries who have grown in the Islamic Seminaries established along the Pakistan-Afghan border.

Taliban suffered the worst during America’s war against terror which went on for nearly two decades starting in 2001. Their top leaders were killed and their territories were taken away since their leadership decided to support Al-Qaeda.

They learnt that the only way to get legitimacy is through diplomacy and hence they trained their leaders in negotiation, brought a few educated people into their leadership and that’s how the “Doha Diplomacy” started resulting in their present takeover of Afghanistan. Taliban had one sole aim of legitimacy which it failed to achieve in Taliban 1.0 and in Taliban 2.0 is found to be struggling to get the same.

Let us analyse the one-year rule of Taliban 2.0 in Afghanistan.

1. Ouster of warlords – Taliban were quick to understand that the primary reason for turbulence in the past governments of Afghanistan were the warlords. For several thousands of years, they were the ones which caused major challenges for any king/government and thus the first thing they did was to oust the warlords from the Afghan territories. Today, nearly all of the warlords have taken asylum in neighbouring countries and thus, their core fighters have either joined Taliban/ISKP or have disappeared. This has paved the way for a majorly uninterrupted rule of the Taliban.

2. Diplomatic relations with other countries - Taliban knew that if it has to rule over Afghanistan for a long time, it needs to have legitimacy and good relations with other countries are a must in this quest. like earlier time, now Taliban is sending its leaders and spokespersons like Amir Khan Muttaqi to various countries who have been successful to some extent. Countries like Russia, Pakistan, China, Iran & Kazakhstan have given unofficial recognition to the Taliban government however proper legitimacy is still far away.

Many other countries like India and a few European countries have also started talking to the Taliban and deputed their representatives to deal with their leaders. Despite lacking proper recognition, Taliban 2.0 has been able to achieve a big milestone as compared to the previous Taliban 1.0.

3. Humanitarian and financial crisis - Afghanistan's economy has been destroyed in the last five decades of continuous war and it is now dependent upon the grants or money received from other countries for its survival. Today Afghanistan is facing a severe food crisis and there are inputs of large-scale deaths due to famine which remain unreported due to media censorship.

Although countries like India have supported wholeheartedly by supplying food grains, medicines and other essential items, the situation remains grim as a large portion of these supplies are utilised in feeding large Taliban forces.

As per the world food program, only 2 per cent of the Afghan population has enough food to survive and 50 per cent of its children below 8 years are malnourished. Taliban has been asking for money kept in foreign countries by its erstwhile government but there is no assurance that this money will not be used in terror activities and thus things remain grim.

4. Label of being a terrorist organisation- Taliban 1.0 was particularly known as a terrorist organisation and was active in support of Al Qaeda. In the last one year, they avoided speaking on the Al Qaeda issue. However, their cover was blown recently when Al Qaeda chief Ayman- al-Zawahiri was killed in a US drone strike in the heart of capital Kabul where he was staying in the house of a senior Taliban leader. It shows that although visibly Taliban is reluctant to divulge its proximity with terrorist groups, actually it is harbouring them. Taliban’s proximity with various Pakistan-based anti-India terrorist groups like Lashkar-e-Toiba, Jaish-e-Muhammad etc also proves this fact.

5. Women’s rights, education, and their status in Taliban government- The most important reason why Taliban 2.0 failed to get the attention of the world is their policy toward women. Even their ethnic Pashtunwali code restricts beating or ill-treating women but the Taliban has even defied it when it comes to giving rights to women.

In today’s Afghanistan, women or girls do not have any right to study, take employment, gather peacefully at a place or even walk outside their house without a male escort. Most educated women have left Afghanistan while others are restricted to their houses. The Taliban even abolished the ministry of women’s affairs.

6. Unlawful killings & disappearances- Ever since Taliban 2.0 has taken over, there is no control on killings and forced disappearances of people, especially the ones who were related to erstwhile Afghan Armed forces or its intelligence or were working for US-led coalition.

A large number of people from other tribes like Hazara, Shia, Tajik and Uzbek are also targeted and they are killed at the smallest suspicion. Most of the houses of people from Panjshir valley in Kabul are looted, destroyed and the residents are either killed or imprisoned. As per a UN report, over 40 per cent of all civilian casualties in the last six months of 2021 (after the Taliban take over) were due to Taliban action only.

In today’s Afghanistan, people and their families are arrested and killed without any prosecution or proper hearing. People close to the Taliban are also using this as a tool to settle their personal scores. Since the media under Taliban 2.0 rule is oppressed, this news never makes its way to the outside world.

7. Pashtun dominance and anarchy – Most of the Taliban cadres are Pashtuns and have originated from Islamic Seminaries called Madrasas & are affiliated more with their teacher than the overall leadership of the Taliban. Their affiliation with the so-called “Islamic Emirate of Afghanistan” is also not strong and they are just a mercenary. Now when they are put in power, it is difficult for them to be disciplined like the Army of a country and thus there is widespread anarchy in the country. These mercenaries can do anything and yet they can not be prosecuted which has created an atmosphere of great fear in Afghanistan.

Although the Taliban is trying to fool the world by creating turbulences on Durand Line and singing the song of Pashtun unity but the reality is far different. Frequent visits of Pakistani ISI officials to Kabul & proximity of its top leaders with Pakistani leadership reveals all. Taliban’s Haqqani faction is the closest to Pakistan. If at all Taliban has to shed this tag, it has to curtail the position of the Haqqani network significantly.

9. Freedom of media- In the last one year in Afghanistan, nearly 70 per cent of the media outlets have been closed permanently and the balance are operating under grave threat and extreme levels of censorship.

Journalists are killed, detained or arrested which is considered common in Afghanistan now. It includes a recent incident on 4th August 2022 when globally renowned journalist of WION, Mr Anas Mallick, was arrested along with his crew and driver and was kept in custody for over 21 hours. Not only this, but there have also been several cases where rogue Taliban mercenaries have indiscriminately fired at peaceful possessions killing and injuring many.

10. Resurgence of other terrorist groups like Islamic State- The anarchy in Afghanistan is giving rise to the fact that although warlords have been subdued in the country but other rival terror groups have risen significantly.

The most important of them is Islamic State in Khorasan Province (ISKP). Due to the oppression and atrocities of the Taliban, more and more people are joining ISKP. Soldiers of the former Afghan Army, tribal fighters & other armed groups are left with no option. If they do not want to be killed by the Taliban in cold blood, the only option left is to join their enemy. ISKP has grown manifolds in Afghanistan since Taliban 2.0 took over the country and has launched more than half a dozen attacks every month.

In a nutshell, the one year of Taliban rule in Afghanistan did not progress well except a little on diplomatic fronts. Globally the Taliban leaders have failed to convince the world that they are not a proxy of terrorist groups as well as terror-supporting countries like Pakistan.

On the other hand, they have faltered in many aspects which has stopped the world from granting any legitimacy to them. It is this legitimacy for which Taliban 2.0 has been struggling for the past one year and it is going away with each passing day. The Taliban need to do a lot in this direction.