Opinion: Separating the wheat from the chaff Saudi moderation put to the test 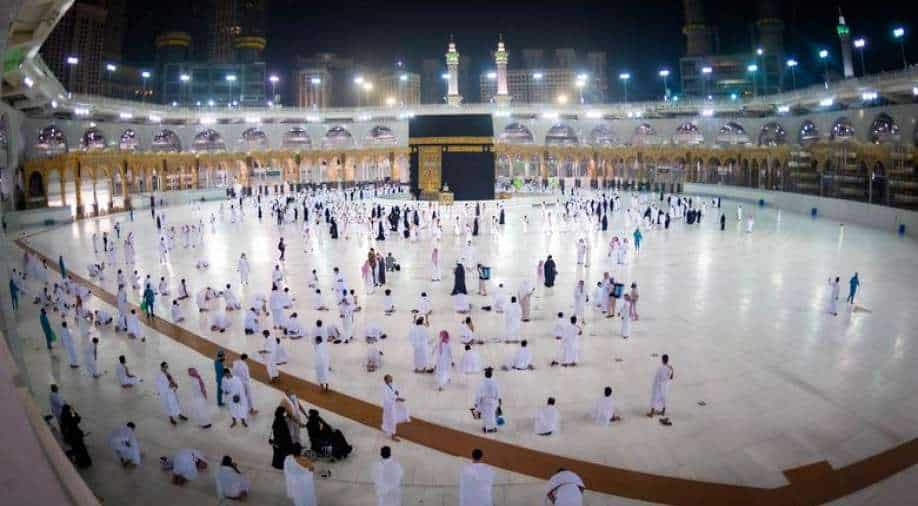 How the mix plays out will ultimately bring into spotlight the outcome of Crown Prince Mohammed bin Salman’s efforts to inject a significant dose of nationalism in a Saudi identity that historically has heavily been shaped by religion.

Saudi Arabia’s combustible mix of religion, nationalism, and tradition as well as contradictions in the kingdom’s projection of itself as a driver of moderate Islam and major voice in combatting discrimination and racism spark heated debates on social media every now and then.

How the mix plays out will ultimately bring into spotlight the outcome of Crown Prince Mohammed bin Salman’s efforts to inject a significant dose of nationalism in a Saudi identity that historically has heavily been shaped by religion.

The contours of public engagement are evident in the contrast between passionate debates over issues such as a proposal to remove the sword from the Saudi flag and discussions of what constitutes Muslim holy land and the status of Jerusalem as Islam’s third-holiest city as opposed to far more cautious social media responses to changes in US policy as the Biden administration settles into office.

The debates suggest that Prince Mohammed’s endeavour is a work in progress.

Like the United Arab Emirates, Saudi Arabia has emphasised its desire to end the six-year-old conflict in Yemen in response to President Joe Biden’s halt to sales of arms that would be used in offensive operations in the war-ravaged country.

The kingdom has largely been silent about the State Department’s subsequent announcement that it was revoking the Trump administration’s designation of Yemen’s Iranian-backed Houthis as terrorists.

The lack of debate about the Saudi response likely reflects popular sentiment in favour of an end to a military conflict that the Gulf states cannot win as well as an endorsement of Biden’s reiteration of the United States’ commitment to the security and stability of the kingdom.

It also reflects a keen understanding of what can and cannot be discussed in an environment in which the government tolerates no dissent or criticism of its policies. So does the lack of discussion of the government’s limited effort to evade being targetted by Biden’s insistence that his administration would make adherence to human rights a central plank of his foreign policy.

A Saudi court sentenced in December a US-Saudi medical doctor and popular religious motivational speaker Walid Fitaihi to six years in prison on charges that included illegally obtaining US citizenship. The court upheld a freeze on his assets as well as a ban on travel that includes his family.

At about the same, another court sentenced Loujain al-Hathloul, one of several detained women activists, to five years and 8 months in jail, 34 months of which were suspended. The court ruling sparked expectations that Al-Hathloul could be released next month.

By contrast, Saudis have been vocal when it comes to repeated reports that the UAE-backed Southern Transition Council (STC) in South Yemen maintains relations with Israel as well as the removal of TV personalities perceived to be critical of government policy.

Nationalism, as well as religion and tradition, appeared to be major drivers of criticism of a proposal by Saudi writer Fahd Al-Ahmadi to remove the sword from the Saudi flag in a bid to counter perceptions of Islam as coercive and violent.

“The sword is a symbol of our Islamic culture and we should not be ashamed,” countered one challenger who identified himself on Twitter as Abu Wisam.

Similar drivers were evident in responses to articles in Saudi daily newspaper Okaz suggesting that Mecca rather than Israel was the holy land and that Jerusalem’s Al-Aqsa Mosque, Islam’s third holiest site, was originally in a village near Mecca.

Widely viewed as an attempt to reduce Saudi hesitancy to establish diplomatic relations with Israel by downgrading the religious significance of Jerusalem, responses ranged from endorsement to insisting on the need to fight the Jews no matter what to personal attacks.

Many responses seemed to starkly contrast with government efforts to project the kingdom as a bastion of tolerance that rejects ethnic and religious discrimination.

A US public relations firm last week distributed letters to the CEOs of Facebook and Twitter by Mohammed al-Issa, the head of the Mecca-based Muslim World League (MWL) that serves to propagate the kingdom’s projection of moderation.

“The MWL is calling for a zero-tolerance policy towards hate speech targeting Muslims or adherents to any religion and more robust procedures to see hateful content quickly removed … The MWL stands ready to begin an open and constructive dialogue with all social media companies so that we may together end the spread of hateful ideologies,” Al-Issa wrote.

The debates suggest that, despite significant progress in Saudi endeavours to remove hate speech from schoolbooks and the recent publication in Saudi media of op-eds penned by Israeli authors, the league may do well to help counter hate speech at home alongside projecting a kingdom as in the forefront of the fight against racism despite banning public religious expression by non-Muslims, including the opening of houses of worship.

A recent Israeli report on Saudi schoolbook reform suggested that amidst a battle for the soul of Islam waged by Middle East states, including Saudi Arabia, Turkey and Iran as well as Islamists, Muslim ultra-conservatives and external powers, competing for religious soft power “the efforts needed to induce deep change seem to remain herculean… The battle for the hearts and minds of people in the MENA (the Middle East and North Africa) region is far from concluded.”

If so, consistency in domestic policies as well as international projection is what is likely to separate the wheat from the chaff.

(Dr James M Dorsey is an award-winning journalist and a senior fellow at Nanyang Technological University’s S Rajaratnam School of International Studies in Singapore and the National University of Singapore’s Middle East Institute.)