Delhi Assembly elections: Here's what BJP, Congress and AAP promise in their manifestos 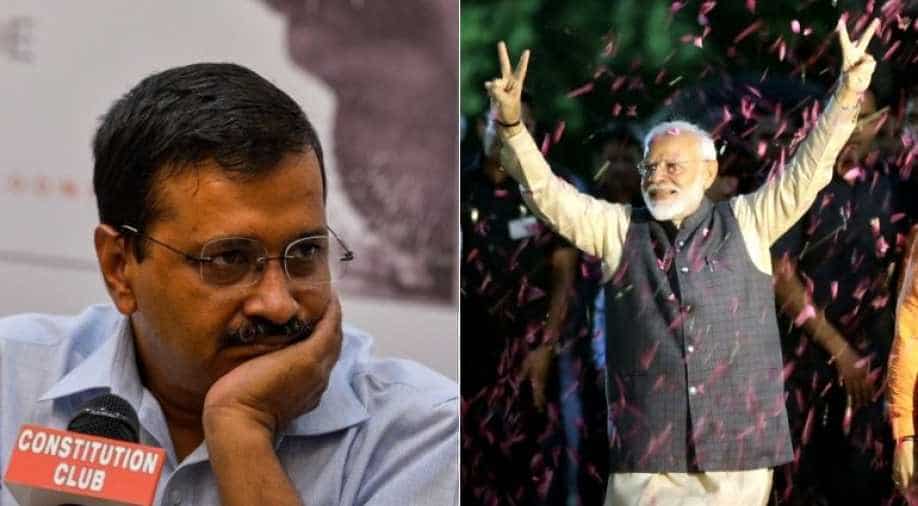 Here's a look at the manifestos of BJP, AAP and Congress - locked in a three-way battle in Delhi

Ahead of the polling in the national capital, Bharatiya Janata Party (BJP), Aam Aadmi Party (AAP) and Congress have released their respective manifestos. All three major political parties have interesting sops to offer.

Voting will be held on February 8 and the results will be declared on February 11. Here's a look at the manifestos of BJP, AAP and Congress - locked in a three-way battle:

In its manifesto, AAP has said that it will continue with its subsidy programme, wherein electricity up to 200 units is free for citizens. BJP has promised to set up a smart electricity grid to ensure better 'reliability and quality of power supply'. Both parties have promised clean drinking water to all households.

Congress has promised free electricity up to 300 units.

The BJP has promised induction of 10,000 green buses as a convenient travel option for citizens and it also plans to improve the road network under various projects. The party also plans to run 'ladies special' buses.

Congress manifesto states that Delhi Metro fares for students, women and senior citizens will be subsidised. The party has also promised procurement of 15,000 electronic buses.

The Aam Aadmi Party has promised to plant 2 crore trees. The party manifesto says it will work towards reviving the river Yamuna. BJP has announced setting up of 'Yamuna Development Board' and induction of green buses if it comes to power in Delhi.

Meanwhile, Congress has dedicated 25 per cent of its total budget towards fighting pollution. The party manifesto says it will bring 15,000 electronic buses on Delhi roads and implement a targetted dust management plan.

AAP has been appreciated for transforming government schools in Delhi in the last five years. This time, it has also promised spoken English and personality development courses for students who passed out from government schools. The party will also introduce 'Deshbhakti Curriculum' in schools if voted to power.

The BJP has promised to build 10 new colleges and 200 new schools in Delhi. It has also promised electric scooters to college-going girls and bicycles for girls, studying in class-IX. The party has also said that it will create 10 lakh jobs in the next five years. The party manifesto also says it will fill all the vacant posts in the government departments.

Congress has assured subsidised education till class XII for children living in notified slums and resettlement colonies.  It has also promised unemployment allowance of Rs 5000 for graduates and Rs 7500 for postgraduates. Under 'Ladli Scheme', Congress has promised free education for girls in government schools, colleges and universities.

Construction of ten super-speciality hospitals and two medical colleges come under the Congress manifesto. The party has also promised to take the number of dispensaries to 3000. It also plans to introduce panic buttons for differently-abled and senior citizens living alone, to ensure emergency help and ambulance services.

All three parties have promised to work towards regularisation and upliftment of unauthorised colonies in Delhi.

Aam Aadmi Party has promised deployment of Mohalla Marshals for the security of women. Meanwhile, the BJP and Congress have promised Rs 51,000 and Rs 1 lakh respectively for the wedding of girls from the financially weaker section.

Furthermore, AAP has promised free delivery of ration. On the other hand, BJP has said it will provide wheat flour at Rs 2 per kg to poor.

AAP's manifesto ensures Rs 1 crore compensation to kin of a manual scavenger if he dies while performing his work. The party manifesto also promises free pilgrimage to 10 lakh senior citizens in the next 5 years. AAP has also promised to keep pushing for full statehood for Delhi. Party has also promised to put in all the efforts in getting the Delhi Jan Lokpal Bill passed.

Meanwhile, Congress manifesto has promised setting up 100 Indira canteens across the national capital which will provide meals at Rs 15. The party has also promised to pass a resolution against the Citizenship Amendment Act (CAA) if voted to power.