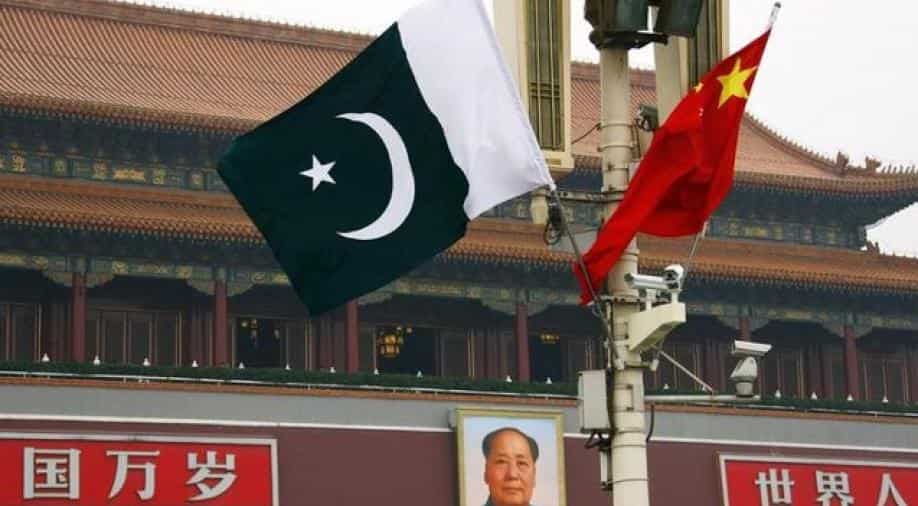 According to the sources placed in Afghanistan’s National Directorate of Security (NDS) which also oversees intelligence, a full-fledged Chinese ring of intelligence active in Kabul was busted last month.

Amid rapidly growing Sino- Pakistan relations and Pakistan’s belligerent moves to derail Afghanistan initiatives to warm up to India, the recent busting of a robust Chinese spy syndicate in Kabul raises many questions.

Such questions further threaten the fragile polity in Afghanistan impinging on the security status of this country which is still struggling to come to terms with some semblance of peace. The condemnable presence of undercover Chinese intelligence operatives on the Afghan soil also calls for the Indian agencies to further reinforce its counterintelligence resources to combat a joint enterprise by Pakistan and China to damage Indian and Afghan geopolitical interests.

But before this recommendation, it seems important to examine how things unfolded leading the Chinese intelligence personnel to capitalise on Afghanistan to garner intelligence or execute some covert operations as a collaborator of Pakistan.

According to the sources placed in Afghanistan’s National Directorate of Security (NDS) which also oversees intelligence, a full-fledged Chinese ring of intelligence active in Kabul was busted last month.

It was a group of ten, and most significantly, two out of these ten were in touch with the Haqqani Network which remains in contact with Pakistan’s ISI and seeks guidance and all forms of assistance from this notorious Pak intelligence outfit.

It’s intriguing that the NDS or the Afghan government had initially kept the activities of this spy syndicate a secret and the NDS disclosed only after the Wolesi Sirga, the Afghan House of Representatives, questioned their security organisation about the news appearing in a section of Indian media about the Chinese covert activities. It would be naive to think that Afghan authorities had kept it under the wrap apprehending it could impair Sino-Afghan relations.

It’s further baffling that only after keeping the ten Chinese spies in detention for 23 days, they were let off without any charge or criminal case and were given a safe passage to China in a special chartered plane.

This seems more suspicious as dependable sources say that under express plans of the Chinese Intelligence headquarters, these spies were wanting to set up a fake module in the name of East Turkestan Islamic Movement (ETIM). China is under international pressure from the international community for the continued Chinese high handedness among the Uighurs.

And, Afghanistan has borders with Xinjiang province of China. Hence, it could be possible it was trying to use the fake module to contain the so-called menace of the Uighurs whom the Chinese describe as "terrorists".

This apart, the Chinese complicity with Pakistan to gather hard human intelligence as well as technological, to aid the Haqqani terror network to harm Indian and Afghan interests through collective collaboration is a strong possibility.

This theory seems plausible as two arrested Chinese spies, Li Yang and Sha Hung were in very active touch with the Haqqani activists and Sha Hung was running a restaurant in Kabul for his espionage activities, so reminiscent of the high voltage dramas seen in a film thriller.

Further, a large cache of arms and narcotics were seized from the apprehended Chinese spies which speak about their undesirable designs. It’s also a million-dollar question as to who supplied them arms and contraband items? By deduction, it could be assumed they came from the ISI through their conduits in Kabul who mastermind the terror strikes.

Now that the spies have been flown away silently and no proper interrogation was carried out, mystery would remain about the real Chinese intentions. Most likely, they in coordination with the Pakistani agencies may have already planned or left behind a blueprint for offensive operations.

Chinese have already earned infamy for training and sheltering Indian North-East insurgents including ULFA cadres from Assam, PLA of Manipur and of course the Nagas (both the I/M and Khaplang factions ). ULFA head Paresh Barua is still believed to be hiding in China.

With this track record, and closeness to Pakistan to pinprick Indian security interests, Chinese footprints in Afghanistan calls for a serious reading by the experts watching Pakistan and Afghanistan with India thrown in.

Within Pakistan, Baluchistan, in particular, has been up in arms against China for the CPEC project. Ongoing projects in upgrading Gwadar Port and the railways do not augur well with all. The $62 billion project as part of the Belt and Road Initiative( BRI) being vulnerable from the security point of view, needed fencing all around but the plans were shelved under local pressure.

The situation is not completely to the satisfaction of the Sino-Pak plans. The Chinese consulate was violently attacked in Karachi and Pearl Continental Hotel in Gwadar came under assault. It could be possible that Chinese intelligence is expanding its network of activities on the Afghan soil as part of its third country operations. It’s therefore, not only worth a watch but merits an aggressive, well thought out counter move to nullify its moves to subvert Indian and Afghan interests.

The writer is a retired IPS officer and a Bangladesh watcher. He was also posted in Dhaka to oversee Indian security concerns.