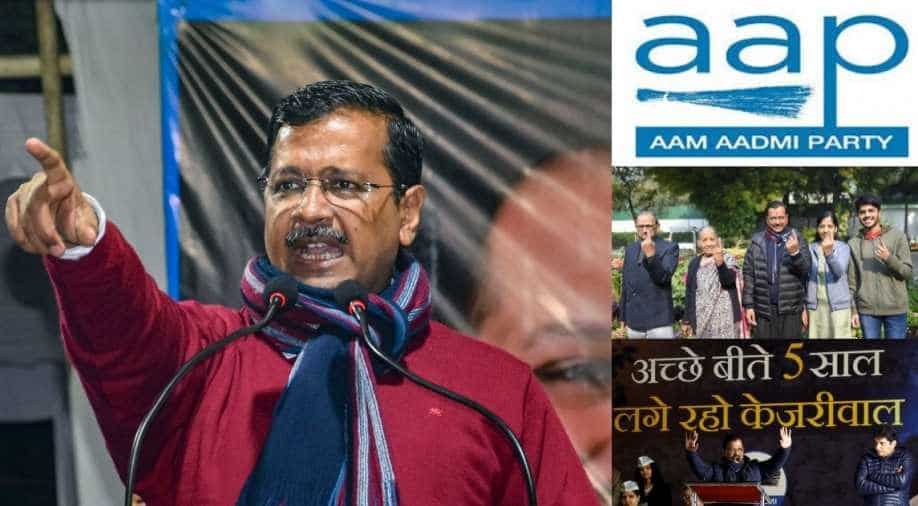 Once again, the BJP became the victim of its over-dependence on national issues in a state election. Unlike the BJP, the AAP decided to bat straight.

On a flat electoral pitch which offered no turn, the ruling Aam Aadmi Party (AAP) lived up to its performance and raced to a comfortable victory in Delhi. The results should ring alarm bells for the country’s ruling Bharatiya Janata Party (BJP), which decided to stump the incumbent AAP government through its high octane nationalism pitch. Once again, the BJP became the victim of its over-dependence on national issues in a state election where people were more concerned about the pressing problems being faced by them.

The BJP should realise that one size does not fit all the time. What may work on a national scale does not necessarily mean that it will also work in a state. The party will need to differentiate between the two and accordingly plan its strategy. Like in a cricket Test match, political parties have enough time to revisit their strategy after the first or second round during national elections. But the state election does not offer such an opportunity which is akin to a 50-50 match.

Unlike the BJP, the AAP decided to bat straight. It kept its campaign simple by seeking votes on the work done in the last five years. Chief Minister Arvind Kejriwal’s appeal to people not to vote for his party if they thought that the AAP had failed to meet their expectations resonated well with the electorate. The seven-year-old startup party was smart as it either ducked or left the bouncers and outswingers by the BJP over Shaheen Bagh protests against the Citizenship Amendment Act and refused to be drawn into any controversy by popping it back on the principal opposition party which it claimed is entrusted with the law and order situation in the national capital.

The BJP was also guilty of launching a vicious and personal attack on Kejriwal over the Shaheen Bagh protests and was penalised by the Election Commission which barred some of its leaders, including a union minister, from campaigning. This certainly did not go down well with the masses which punished the BJP. In the past, Prime Minister Narendra Modi benefited largely when the opposition parties, particularly the Congress party, launched a vitriolic attack on him.

What surprises the most is that the BJP offered a free run to the AAP. Not only did the party announce the candidates very late, as against the AAP and the Congress, but it also released the party manifesto just a few days before the voting. Rather than making its manifesto the preamble, the party resorted to negative campaigning. It should have stuck to its manifesto and taken on the AAP on the strength of it. But none of the BJP leaders stuck to the script and buried it completely. Its failure to project chief ministerial candidate was another sore point which was well encashed by the AAP.

In the end, it was a victory of welfare politics over nationalism. At a time, when the people have been hit hard by the economic slump and are staring at an uncertain future, freebies are an instant hit. Though big-ticket discounts do not augur well for the economy of the country or a state, people often fall prey to such tactics for short-term gains. With Delhi in its kitty again, one hopes the AAP government will work to fight the twin menace of poor transport and rising pollution which is choking the national capital.