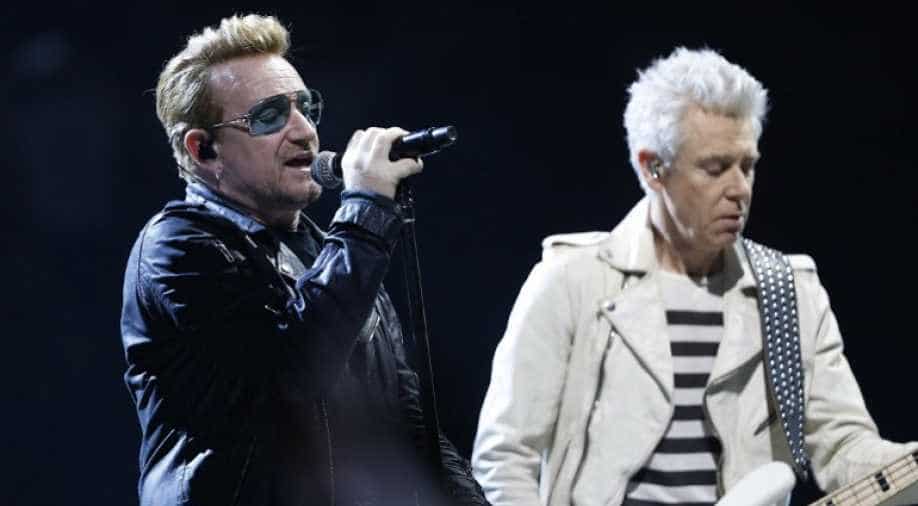 It is influenced by American and Irish roots music, and depicts the band's love?hate relationship with the United States, using socially and politically conscious lyrics embellished with spiritual imagery. Photograph:( AFP )

Irish rock band U2 will go on an epic global tour to celebrate the 30th anniversary of their hit album 'The Joshua Tree' which released on 9 March 1987.

The album is influenced by American and Irish roots music, and depicts the band's love–hate relationship with the United States, using socially and politically conscious lyrics embellished with spiritual imagery.

More than 25 million copies of the album were sold worldwide.

It earned huge critical acclaim and topped charts around the world with its hits like "With Or Without You", "Where The Streets Have No Name" and "I Still Haven't Found What I'm Looking For".

The album's legendary status was confirmed by U2's follow-up tour, which saw the group sell out stadiums around the world and established their reputation as masters of live performances.

The band has announced that they are to repeat their trek, starting on 12 May 2017 in Vancouver Canada, performing across North America before heading to Europe in July 2017.

Talking about the tour, the group's guitarist The Edge said, "To celebrate the album - as the songs seem so relevant and prescient of these times too - we decided to do these shows, it feels right for now. We're looking forward to it."

Frontman Bono said that he was especially looking forward to performing a hometown concert at Dublin's Croke Park stadium on 22 July 2017.

"I'm up for it, if our audience is as excited as we are. It's gonna be a great night. Especially when we play at home. Croke Park...it's where the album was born, 30 years ago," Bono said.

Each show on the tour will include a performance of 'The Joshua Tree' with the initial run of dates finishing in Brussels on 1 August 2017.