Young and old queue up in booths in Rajasthan for peace, prosperity and employment 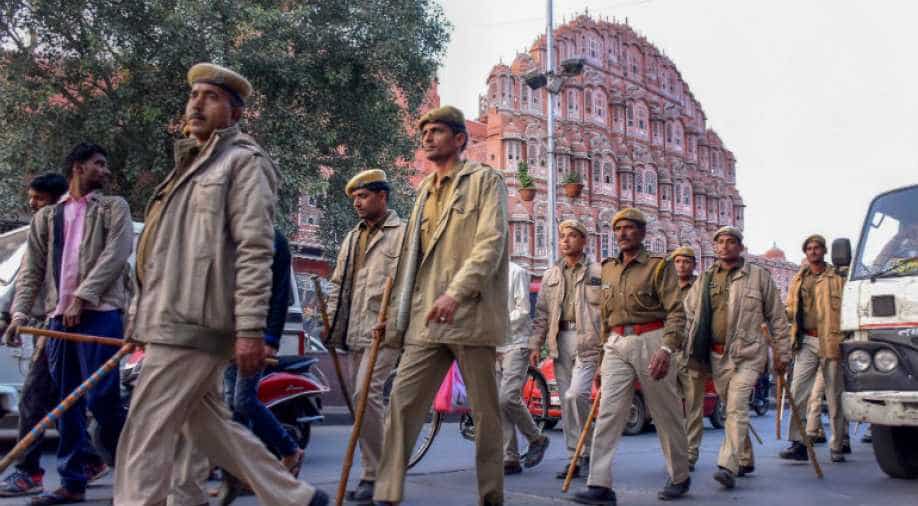 Polling for 199 of the 200 Assembly seats in Rajasthan began at 8am on Friday and is going on at a brisk pace.

Her back bent over with age, nonagenarian Rama Devi, with the support of his family members, walked to a polling booth in a village in Rajasthan's Jodhpur and exercised her franchise.

"There must be peace and prosperity in the country," the 96-year-old said as her wrinkled face gleamed with a smile when asked what encouraged her to vote.

In Rajasthan, more than 56 per cent votes were cast till 3pm.

Waiting in a queue to cast his vote in Sanganer Assembly constituency of Jaipur, Mohan Singh said, "I have come with my grandchildren who are minors, but it is good for them to see the polling process. It makes them aware."

It is not just the elders, youths too were excited about casting votes.

"Quality education and employment are the main issue for youngsters. There is a need to improve education infrastructure in the state, because many of us have to go out of the state for higher studies," Utkarsh Agnihotri, a first-time voter, who is preparing for NEET said in Jaipur.

He said all his friends cast their votes soon after the polling started.

In Dholpur, however, the picture was just the opposite. Residents of Chhemar Ka Pura village under Rajakhera Assembly constituency have decided to not cast votes alleging that their long-pending demand of a proper approach road to their village is yet to be met.

"Candidates seek votes, they win but do not address our long-pending demand of a proper approach road to the village. We have largely decided to boycott polling," Gendalal Kushwah, a local, said.

Polling for 199 of the 200 Assembly seats in Rajasthan began at 8am on Friday and is going on at a brisk pace. The election in Ramgarh constituency of Alwar district was put off following the death of Bahujan Samaj Party candidate Laxman Singh.

Chief Minister Vasundhara Raje, state Congress chief Sachin Pilot and other leaders were among those who exercised their franchise. The results will be out on December 11, along with those from the other four states which saw Assembly elections in the past few weeks.