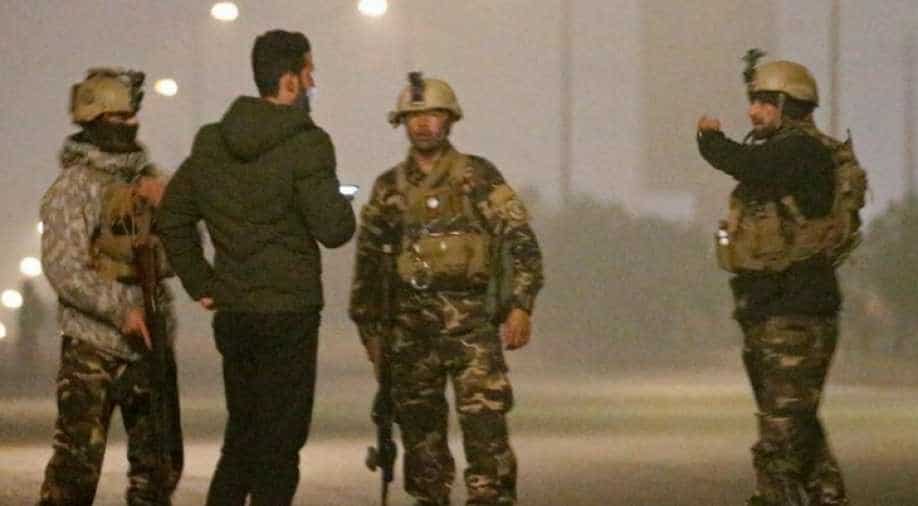 The attack began Saturday. 'Four attackers are inside the building,' an official at the National Directorate of Security spy agency said. They are 'shooting at guests' Photograph:( Reuters )

Four heavily-armed gunmen raided Kabul`s landmark Intercontinental Hotel on Saturday, shooting at guests and staff and setting the building on fire, officials said, in an hours-long assault that is still ongoing. Local television channel Tolo News is reporting that at least 15 people have been killed or wounded.

One person was taken into custody on Saturday after a major fire broke out in Delhi's Bawana industrial area killing 17 people, including 10 women, and injuring two. A case has been registered and the co-owner of the unit, Manoj Jain has been apprehended, the Rohini Deputy Commissioner of Police Rajneesh Gupta informed.

As a part of the Uttar Pradesh government's saffronisation drive, several parks and dividers in Lucknow's Gomti Nagar were on Saturday painted saffron by the Municipal Corporation. From Chief Minister Yogi Adityanath's office to various other spots, the colour has become a defining feature of the state.

A case of "causing death by negligence" was registered on Saturday against three policemen who allegedly denied medical help to two accident victims. The policemen, who refused to take the two teenage youth to the hospital in Saharanpur in their patrol car because of their unwillingness to "soil car with blood", were earlier suspended on Saturday.

1 year of Trump: Protesters flock in droves to women's marches

Protestors took to the streets en masse across the United States Saturday, hoisting anti-Donald Trump placards, banging drums and donning pink hats for a second Women's March opposing the president -- one year to the day of his inauguration. Hundreds of thousands of marchers assembled in Los Angeles, New York, Washington, Chicago, Denver, Boston and other cities nationwide, many donning the famous pink knit "pussy hats" -- a reference to Trump's videotaped boasts of his license to grope women without repercussions.