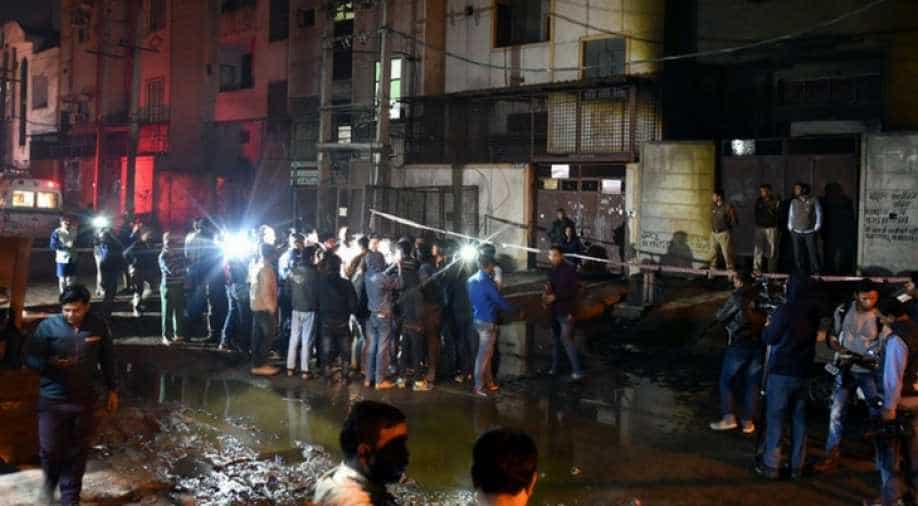 It took three hours to put out the fire. Photograph:( Zee News Network )

One person was taken into custody on Saturday after a major fire broke out in Delhi's Bawana industrial area killing 17 people, including 10 women, and injuring two.

A case has been registered and the co-owner of the unit, Manoj Jain has been apprehended, the Rohini Deputy Commissioner of Police Rajneesh Gupta informed.

"Manoj Jain has been apprehended. As per the information, the two partners were there. Manoj Jain and Lalit Goel. It is to be verified whether they are the owners or have taken the premises on rent," he said.

As per reports, the police said the building owner had procured a licence for a plastic factory but was running a firecracker storage unit instead.

Police said they have lodged an FIR under IPC sections 285 (negligent conduct with respect to fire or combustible matter) and 304 (culpable homicide not amounting to murder) at Shahbad Dairy police station.

Delhi Chief Minister Arvind Kejriwal has ordered an inquiry into the Bawana Industrial area fire while announcing an ex-gratia of Rs 5 lakhs to the family of the deceased.

The fire started in the two-storey firecracker warehouse on Saturday evening. The blaze began on the ground floor and soon ripped through the building.

Around 50 people were trapped inside the building and the majority of deaths happened due to inhaling toxic fumes and burns.