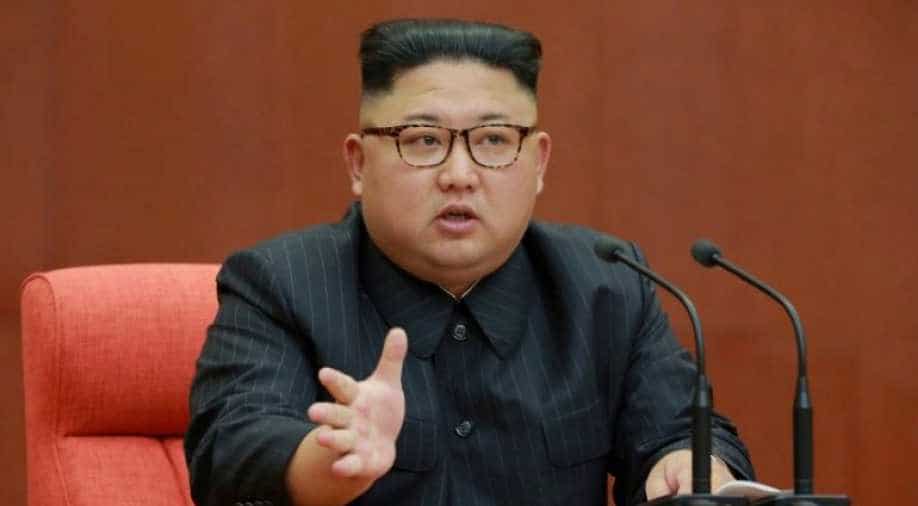 In a defiant New Year message, North Korean leader Kim Jong-Un said today that he was always within the reach of the nuclear button. Photograph:( Reuters )

Operations at Delhi airport suspended because of heavy fog

Operations at Delhi airport were suspended on Sunday morning as visibility dropped below 50 metres because of heavy fog. The blanket of fog earlier lead to the cancellation of one flight and the delay and rescheduling of trains.

Palestine recalls its ambassador to US over Jerusalem crisis

The Palestinian National Authority (PNA) recalled its ambassador to the US on Sunday in Washington following US President Donald Trump's controversial decision of recognising Jerusalem as the capital of Israel a few weeks ago. The PNA's move was done in order to have "consultations" over the crisis with Washington after its recognition of Jerusalem as Israel's capital.

The much-anticipated first draft of the National Register of Citizens (NRC) was published on Sunday where almost 1.9 crore Assam residents have been tagged as "legal". Out of the total population of around 3.29 crore in Assam, 1.9 crore have been declared legal while the rest await further stages of verification.

Heavily armed terrorists on Sunday launched a pre-dawn attack on a CRPF camp in Pulwama district of south Kashmir, killing five personnel of the force and injuring three others, a security forces spokesperson said. CRPF spokesperson Rajesh Yadav said the bodies of two terrorists have also been recovered while one more is believed to have been killed.