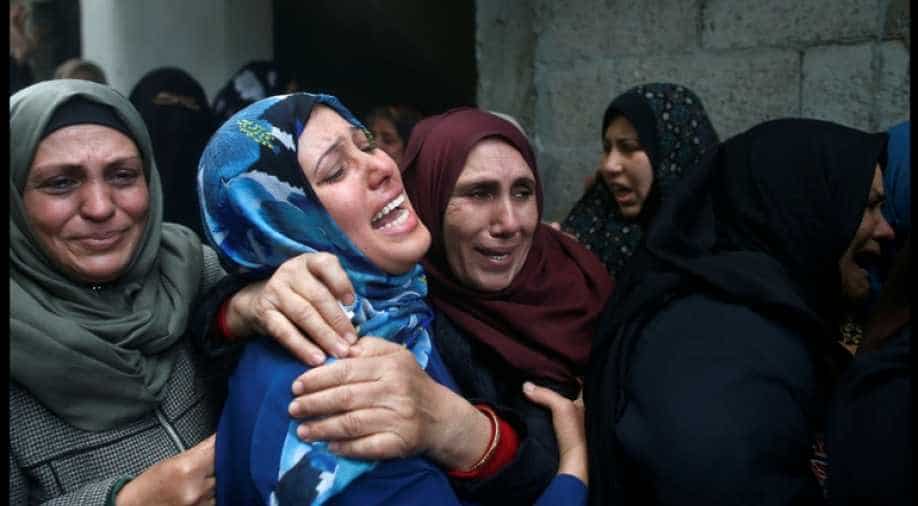 Relatives of Palestinian Hamdan Abu Amshah, who was killed along Israel border with Gaza, mourn during his funeral in Beit Hanoun town, in the northern Gaza Strip. Photograph:( Reuters )

The process of filing petitions for H-1B, considered as the most sought-after work visa among highly skilled Indian professionals, begins tomorrow amidst unprecedented scrutiny by the Trump Administration.

ISRO has said that it has lost communictions links with its GSAT-6A satellite.

The GSAT-6A had been launched on board the Geosynchronous Satellite Launch Vehicle (GSLV) on Thursday.

Israel rejected calls for an independent probe on Sunday after its soldiers killed 16 Palestinians and wounded hundreds more when a major demonstration led to clashes along the border with the Gaza Strip.

People around the world celebrate holy festival of Easter

Christians in different parts of the world gathered together on Sunday as they attended the holy mass on Easter, the day of resurrection of Jesus Christ. Easter festival begins on Good Friday and culminates when Christians believe Jesus rose from the dead, three days after being crucified. During the holy week, devotees observe a 40-day fasting ritual where they avoid having meat and alcohol.

Venezuela arrested five state police officials for their alleged role in a riot and fire that killed 68 people in an overcrowded police station cell, the country's public prosecutor said on Saturday.