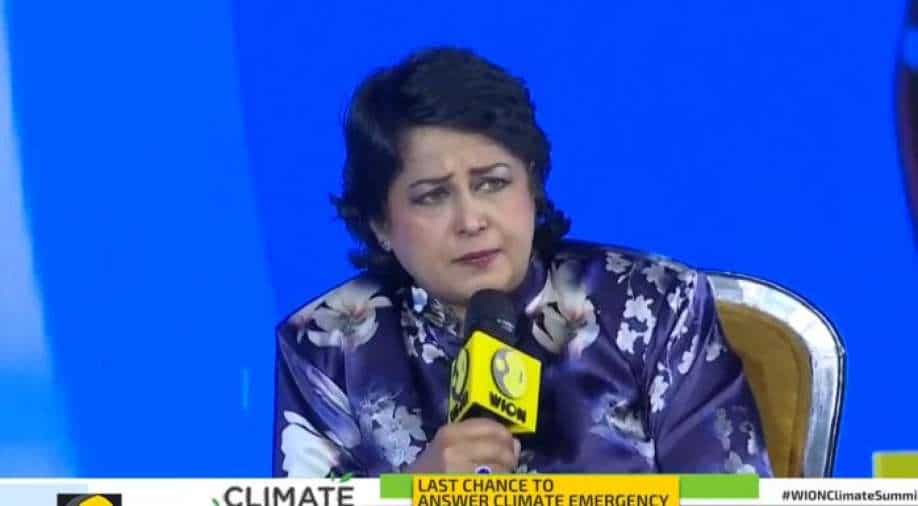 Erik Solheim Norway's former minister of international development speaking at WION's Climate Summit said businesses are well ahead of the political leaders in addressing the issue.

"Unfortunately, the people are still not waking up to this crisis," she told WION's Executive Editor Palki Sharma. "It is especially important for us islanders, until we treat climate change as an emergency we won't be able to handle it."

Erik Solheim, Norway's former minister of international development, speaking at the event, said: "The problem is huge but we are also stepping up."

"First of all businesses are well ahead of the political leaders. Microsoft in the US, Ikea in Europe have taken up the issue. Secondly, the European Union has also stepped up and China is concentrating on environmental technology whether it is solar or wind energy."

"In India, Prime Minister Modi has put India on a completely new trajectory by going big on solar, so I see a lot of reason for optimism."

"We acted more during the COVID-19 period than we did earlier in many years," Erik Solheim said.