What PM Modi's oldest associate said on his 67th birthday 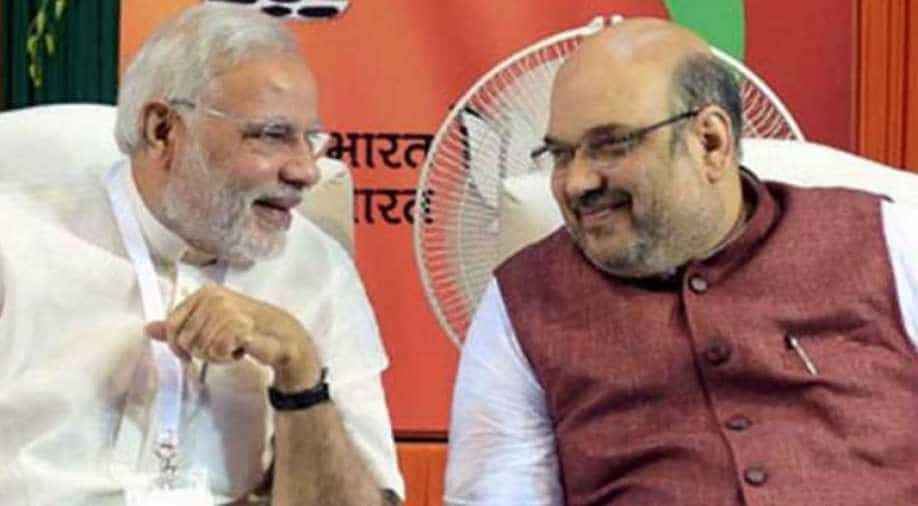 BJP chief Amit Shah recalled his decades-long association with the prime minister and said PM Modi had never celebrated his birthday ||He said PM Modi had achieved India's economic integration, just like Sardar Patel and BR Ambedkar had brought about the country's political and social integration

Prime Minister Narendra turned 67 today (September 17) and the chief of his Bharatiya Janata Party Amit Shah said "sewa" or "service" was the best way to celebrate the birthday of "pradhan (head) sewak".

BJP leaders and ministers participated in cleanliness and other campaigns across Delhi.

The BJP president recalled his decades-long association with the prime minister, and said Narendra Modi had never celebrated his birthday.

He said that he first met Modi as a young BJP worker and neither of them was drawn to power as the saffron party then was far from the force it later became. What mattered, he said, was that they devoted every moment of their time for India's welfare.

"We will continue to serve the nation and support him (Modi) as he takes India to new heights of success and glory," Shah said citing the Mudra scheme, Jan Dhan accounts, surgical strikes and demonetisation to underline Modi's resolve and commitment to the country's welfare.

In a blog, Amit Shah heaped praise on the Indian PM and said he had achieved the economic integration of India -- through initiatives like demonetisation, the rollout of the Goods and Services Tax and the Jan Dhan Yojana -- after Sardar Vallabhai Patel and BR Ambedkar achieved the country's territorial and social unification.

"India remembers Sardar Patel for the territorial integration of our nation and we recall the role of Babasaheb Ambedkar in our social integration. Through initiatives starting from the Jan Dhan Yojana to the GST, Narendra Bhai has set the ball rolling for the economic integration of India," Shah said in a blog.

Amit Shah said, honest taxpayers, a majority of whom belonged to the middle class, felt valued following crackdowns against black money and corruption through various measures, including demonetisation and the benami law.

The BJP chief also said PM Modi's life was a "personification of the spirit of India" in many ways and claimed his sensitivity towards the aspirations of the poor had led to "historic poverty alleviation initiatives taking shape at a scale unheard of in the history" of India.

Modi's heart, he said, "beats for the poor, downtrodden, marginalised and the farmers of India", adding that the PM's deep concern for their welfare had motivated him to immerse himself in nation building from a very young age.

Targeting the prime minister's critics, he said Modi had ruffled several feathers by his actions against the corrupt and status quo -- "after all, years of the privilege of a select few are now over and the poor are now getting their due".

"India First is a belief that Narendra Bhai has lived at every point of his life," Amit Shah wrote.

People saw Modi as a compassionate leader, he said.

"They see him as their own, a person working round the clock for their and the nation's welfare, without any self-interest. His popularity has transcended all boundaries," the BJP chief said.