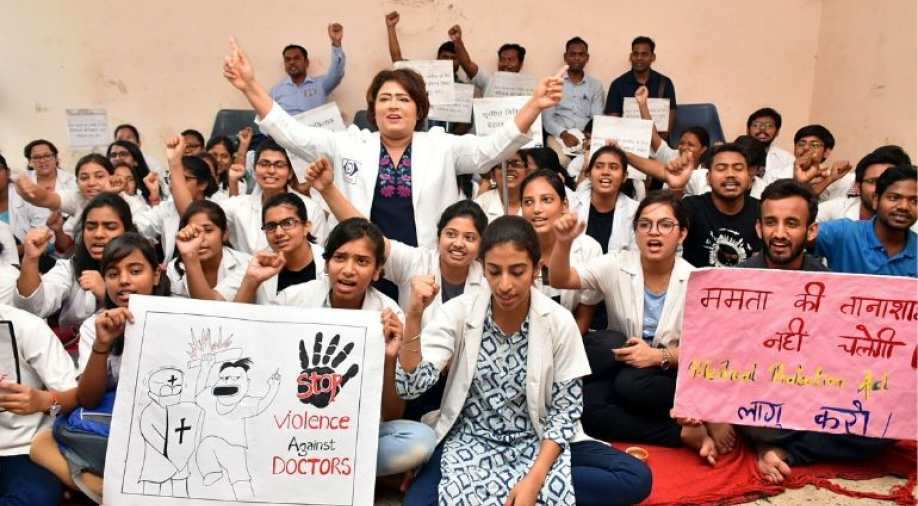 Juniors doctors in West Bengal have resumed work at all hospitals providing relief to patients after a week-long stir that had disrupted healthcare services.

"Most of our colleagues have resumed work and they are helping the seniors in delivering regular services in the outpatient departments (OPD) since Tuesday morning," a spokesperson of a joint forum of junior doctors told media.

The patient turnout was high at all the hospitals, including the Nil Ratan Sircar (NRS) Medical College and Hospital, which was the epicentre of the junior doctors' agitation.

"It is a relief for us. We are poor and have no other option but to go to government hospitals. The stir had impacted our treatment. I am happy that it has been called off," Ariful Haque from Malda district, who regularly visits the NRS hospital for the treatment of his brother's cardiac ailments, said.

The delegation said they were satisfied with the meeting and measures proposed by the government. The chief minister directed Kolkata Police Commissioner Anuj Sharma to deploy a nodal police officer in every hospital.

The Supreme Court deferred the hearing on a plea seeking protection of doctors in government hospitals, saying since doctors have called off their strike in West Bengal and other states, there is no urgency to hear the matter.