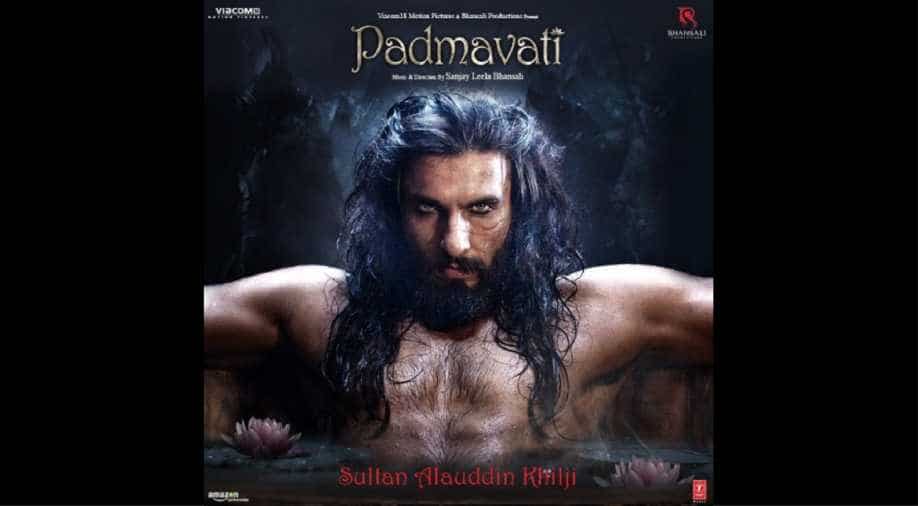 Ranveer Singh as Sultan Alauddin Khilji in the movie of 'Padmavati' Photograph:( Instagram )

As the release date of Sanjay Leela Bhansali's magnum opus "Padmavati" comes closer, the actors have started sharing their looks from the movie.

After Deepika Padukone and Shahid Kapoor who shared their looks on previous occasions, it's Ranveer this time.

Taking to Twitter, Ranveer shared first pictures of him as Sultan Alauddin Khilji.

Initially, he announced that he would be sharing the pictures early morning after sunrise on Tuesday but when he sensed a leak at night, the Indian actor shared them all the same.

Ranveer as Sultan Alauddin is mindblowing with kohl-smeared eyes and long unkempt tresses.

In one picture, he can be seen wearing a gold embellished crown while staring at his reflection in a mirror. He looks menacing as the Sultan with an unmistakable huge scar under his left eye.

In "Padmavati", Deepika plays Rani Padmavati while Shahid plays her husband, Raja Rawal Ratan Singh. Ranveer Singh, who plays Alauddin Khilji, will be seen in a dark role on the silver screen for the first time.

The upcoming Indian period drama has been jointly produced by Bhansali Productions and Viacom 18 Motion Pictures and will release on December 1.