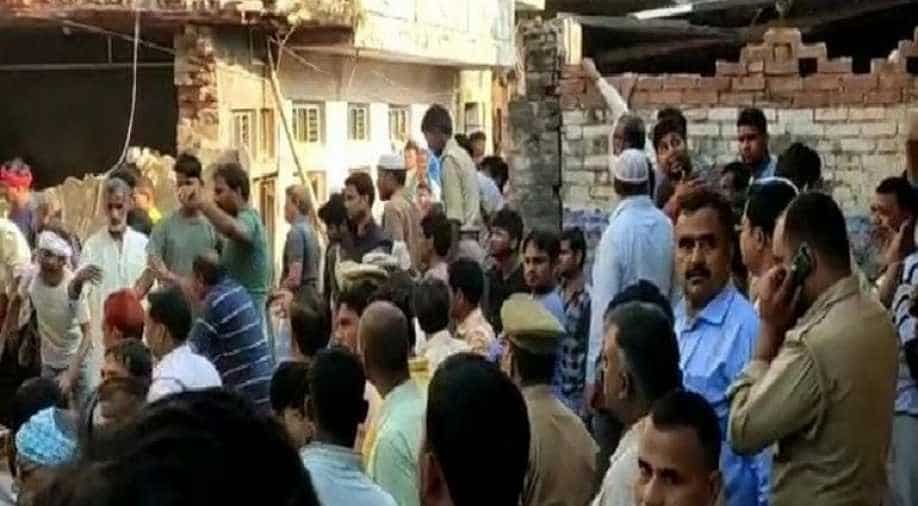 House collapse in UP Photograph:( ANI )

The death toll has reached 13 after a two-storey building collapsed following a cylinder blast in Mohammadabad.

A cylinder blast that led to the collapse of a two-storey building in Mohammadabad has killed 13 people and injured six. The incident happened on Monday morning.

According to a press release from the Superintendent of Police (SP) Mau, "13 people have died while six others were injured in the house collapse following a cylinder blast."

"After speaking to people and after the initial investigation it was found that the cylinder blast resulted in the collapse of the roof of the house and two neighbouring houses were also damaged. People got trapped beneath the debris", the statement added.

Additionally, "the blast was caused probably due to gas leakage from the cylinder".

Uttar Pradesh Chief Minister Yogi Adityanath regretted the incident and asked the District Magistrate, the Superintendent of Police, and other officials to provide relief to the affected.