US Navy manoeuvre near Lakshadweep was an unnecessary act 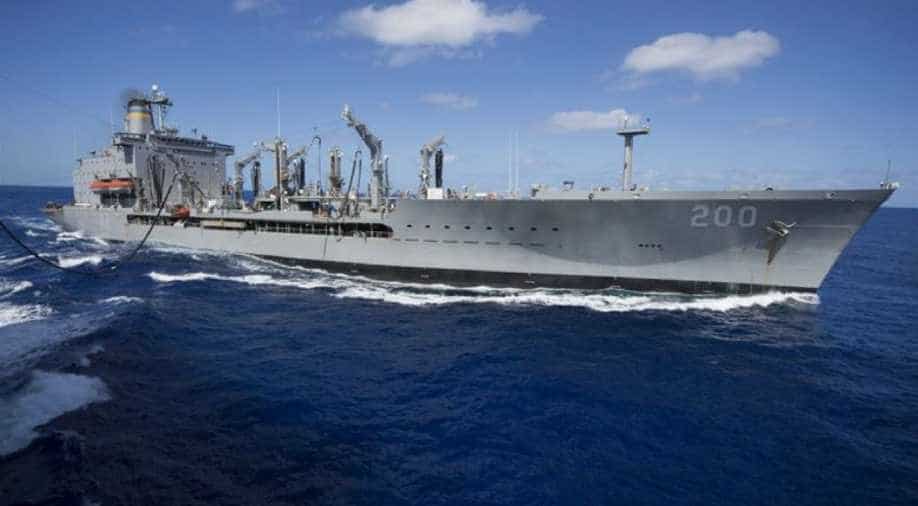 As allies, dialogue must be given priority. Differences have to be settled by diplomats, not warships

United States of America's naval operation near Lakshadweep has thrown up many questions and in the backdrop of Indo-US co-operation in the Quad alliance the recent development assumes interesting significance.

US naval manoeuvre near the Lakshadweep came out of the blue. There was no indication, no diplomatic outreach. What does this mean for the democratic axis? More importantly, is it a setback in the battle against China?

Watch: Why did the US Navy conduct an operation near Lakshadweep

India and the US are strategic allies. It is a partnership built on shared ideals like democracy, freedom of speech and rule of law.

But today, there is a new common ground of security in the Indo-Pacific. Washington is betting on India to counter Beijing.

This is reflected in America's policy realignment. It started with Trump. And has gained momentum under Joe Biden. It is vital that both sides see the bigger picture.

This has been the case throughout history. Alliances survive as long as there is clarity on who the adversary is. For example, NATO has struggled to define itself.

The Quad must be wary of this. This so-called freedom of passage exercise was in simple terms, unnecessary. It wasn't a message to India, but to China. Washington wants to stamp its version of free navigation around the world. Allies, adversaries, it doesn't matter.

This move reiterates America's resolve. But at what cost? The South China Sea is a disputed region. There are dozens of claims and counter-claims. There is an active aggressor in the form of China.

On the other hand, India's Exclusive Economic Zone (EEZ) is not a disputed region. There are no ambiguous claims of sovereignty, and there is no aggressor here. So America's adventurism here seems unwarranted.

As allies, dialogue must be given priority. Differences have to be settled by diplomats, not warships.

Small incidents can escalate fast. A break between India and the US would hand China the advantage. Washington needs to be wary of this.

When Donald Trump was US President, he was accused of abandoning allies. He wanted to pull out troops from Germany. He asked South Korea to pay up for US deployments. Biden had some sharp words back then.

Now that he's president Biden is promising change. He has told his partners that America is back. But actions like this make you doubt his sincerity. The president was lauded for his push to convene a Quad summit.

It was the first time, leaders from the 4 countries met. However, as far as alliances go Quad is still a newbie. It must be cultivated into an iron bond. And India has been more than willing to engage.

New Delhi has repeatedly committed itself to a free and open Indo-Pacific. And more importantly to freedom of navigation. The joint statement issued last month after the Quad virtual summit was signed by all four partners including India.

"We support the rule of law, freedom of navigation and overflight, peaceful resolution of disputes, democratic values, and territorial integrity," said the statement.

This is the spirit of Quad as agreed by all leaders. It also featured in the phone call between PM Narendra Modi and US President Joe Biden.

Allies inform, they consult and they act together. Without a joint spirit, alliances will exist only in name. America has taken a risk by wading into India's EEZ.

Diplomats will most likely iron out the differences, but what about public opinion? On social media, Indians are not impressed by America's action. Domestic support is key to foreign alliances. They help leaders make long term commitments without stirring emotions back home.

A 2014 pew survey found that 56% Indians held a favourable view of America. Washington cannot let that number drop any further. With this move, the US has also put other allies on notice. Japan, Australia, South Korea will all be watching closely.

What is stopping US Ships from repeating this elsewhere? The American intention was to send a deadpan message. Ally or not, our worldview will prevail. But that's simply not how partnerships work.