UP: Rise in Yamuna, Ganga water level leads to flooding in parts of Prayagraj 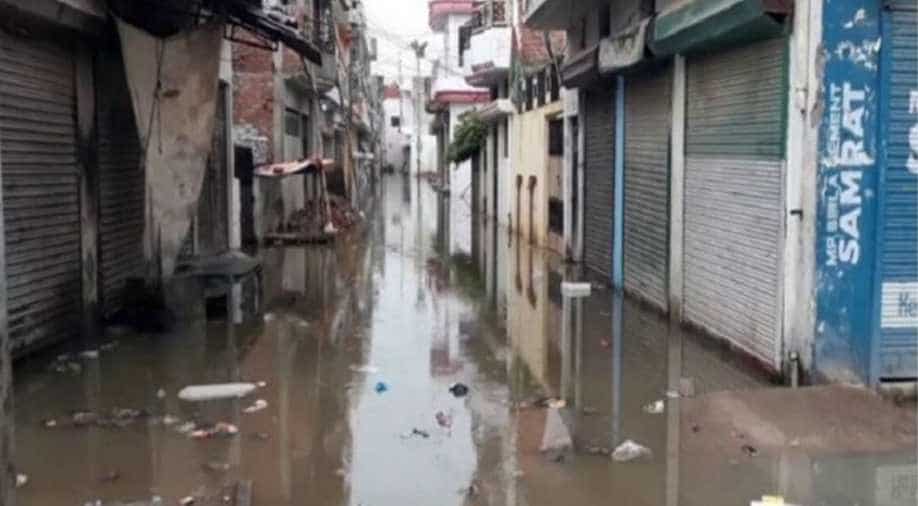 Residents here said they are forced to wade through knee-deep water in order to reach from one place to another in the flood-affected region.

Residents in low-lying areas in and around Prayagraj city say they are suffering hardships due to flooding caused by the continuous rise of water level of Ganga and Yamuna rivers.

Residents here said they are forced to wade through knee-deep water in order to reach from one place to another in the flood-affected region.

"This is a low-lying area and every two years there is a flooding situation here. The administration never cares about us and we bear the situation by ourselves," a local, Mohammad Ahmed Khan said.

"The water is rising every hour here. In 2013 and 2016 there were floods here. After that the government had assured us that the situation will not be repeated but nothing has changed here," he added.

"When Yamuna water rises, the water seeps into the area. We have vacated the low-lying areas and moved to safer places," Azhar Rizvi another local said.

Incessant rains have led to villages near the bank of the Ganges partially submerged in water.