UAE lifts ban on flights from India, Pak & other countries from August 5 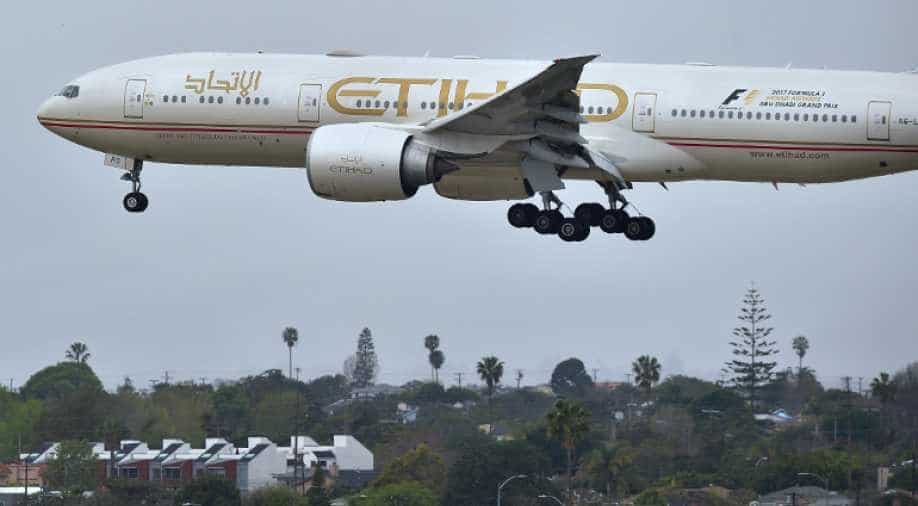 Etihad, which operates four return flights to Doha daily, said the measure will be in place "until further notice". Photograph:( AFP )

According to the National Emergency and Crisis Management Authority (NCEMA), UAE will lift a ban on transit passenger traffic from India, Pakistan, Nigeria and other countries from August 5.

Passengers from Sri Lanka, Uganda and Nepal will also be allowed, NCEMA and  General Civil Aviation Authority (GCAA) said. Etihad Airways had earlier said restrictions will continue till August 7 due to the coronavirus pandemic.

#NCEMA and Civil Aviation: Entry to the UAE will be allowed for some categories of passengers from countries, from where inbound flights to the Emirates have been banned. #TogetherWeRecover https://t.co/uvqhZXyKLy pic.twitter.com/I5cgoDbrrC

The UAE said only those passengers will be allowed who have residency visas and have received the two doses of vaccine with the condition that 14 days have passed since receiving the second dose.

The agency said vaccination certificates approved by official authorities in the country will also be needed at the airport, however, medical personnel working in the country will be exempted, including doctors, nurses and technicians, whether vaccinated or not.

Exemption from vaccination has also been provided for the education sector for those who teach in universities, colleges, schools and institutes.

"Travel will also resume for transit passengers from all countries from which transit passengers were previously banned, provided that the traveller’s last destination is accepted and a laboratory PCR test is submitted within 72 hours from the time of departure," it said.

The directive added that "exempted groups will be obligated to submit a prior PCR test within 48 hours from the date of departure" and follow precautionary and preventive measures should be followed including quarantine and PCR checks.

The agency declared that airports will allocate special lounges for transit passengers while taking all COVID-19 precautionary and preventive measures.

The GCAA had earlier exempted official delegations and businessmen as well as golden and silver residency holders, with foreign aircraft crews also allowed in subject to the person carrying negative PCR test obtained within 48 hours of departure and upon arrival.